Tottenham came from two-down to salvage a crucial point with Hueng-min Son coming off the bench to earn a 2-2 draw with Manchester City this evening. 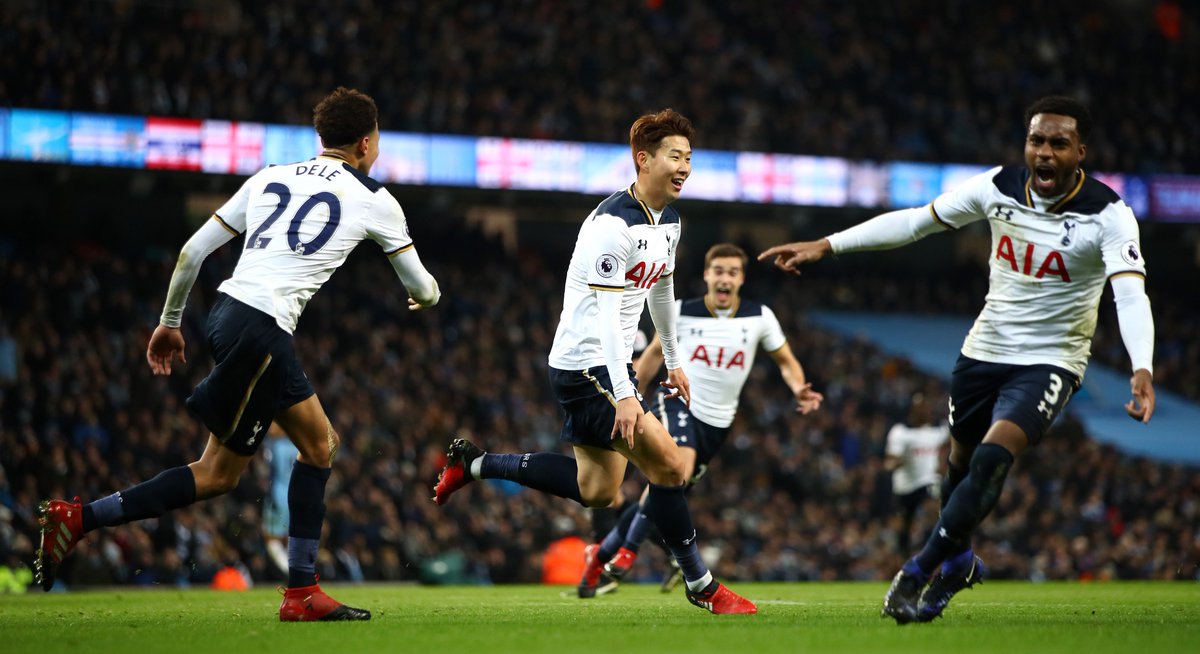 Tottenham Hotspur came from two-down to salvage a crucial point with Hueng-min Son coming off the bench to earn a 2-2 draw with Manchester City at the Etihad Stadium this evening.

Man City came flying out the blocks and dominated the first half but couldn’t make their superiority pay as Tottenham were extremely fortunate to go in to the break level at 0-0.

However, City eventually found the break through shortly after half time as Hugo Lloris’s attempted headed clearance fell straight to Leroy Sane and the attacker stroked home in to the empty net for 1-0.

The hosts doubled their advantage just five minutes later and it was another howler from Lloris as he dropped a routine Rahem Sterling cross straight at Kevin De Bruyne’s feet and the Belgian international tapped home for 2-2 in the 54th minute.

City looked to be cruising to a vital three points but Tottenham got themselves straight back in to the game as Kyle Walker’s superb cross was met by Dele Alli and the in-form attacker headed home for 2-1 in the 58th minute.

Pep Guardiola was furious after the referee waved away City’s protests for a penalty after Walker appeared to shove Sterling in the back when he was clean through and to rub salt in to the wound Spurs went straight up the other end to equalise.

Christian Eriksen attacked down the right before finding Harry Kane who flicked the ball on to Son and the South Korean fired the ball in to the bottom corner for 2-2.

Neither side could find a winner so the result leaves City fifth and a point behind Arsenal while Tottenham are now six points adrift of leaders Chelsea ahead of their clash with Hull tomorrow.