Chelsea are plotting an improved £8.6m offer for Sead Kolasinac after Schalke confirmed they’d knocked back the Blues opening bid for the talented full back

It’s January deadline day and it’s expected to be another busy time with clubs battling to get last minute deals over the line so we’ll bring you all the latest gossip from around the globe. Today, Chelsea are after Sead Kolasinac…. 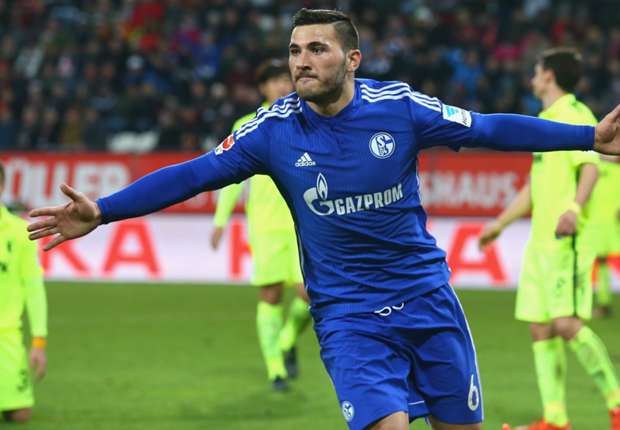 Chelsea are plotting an improved £8.6m offer for Sead Kolasinac after Schalke confirmed they’d knocked back the Blues opening bid for the talented full back, according to the Mirror.

The west Londoners currently sit eight points clear at the top of the Premier League table but it appears boss Antonio Conte wants to boost their title push by further strengthening his squad before tonight’s deadline.

Another option in the wing-back position seems to be the Italian coaches priority and the Mirror claim that Conte had identified Kolasinac as the man to offer competition to Marcos Alonso.

The Bosnian international has developed in to one of the best attacking full-backs in German football over the past few years since being converted from centre-midfield by boss Jens Keller.

However, his future at Schalke is in serious doubt as he’s now in the final six months of his contract and has been strongly  linked with a move to Juventus as well as Chelsea after failing to agree terms over a new deal.

Chelsea have seemingly now made their interest official as the Mirror carries a quoted from Schalke sporting director Christian Heidel who confirms they’ve rejected an offer from the Blues for the 23-year-old.

“Yes, there was an approach [from Chelsea], but it was off the table immediately,”  Heidel said.

It looks like Chelsea are trying to persuade Schalke to cash-in on Kolasinac now rather than risk losing him for nothing in the summer but so far the Bundesliga outfit have refused to do business.

However, they could be about to have their resolve tested for a second time as the newspaper suggests that Chelsea are readying an improved bid of £8.6m after seeing their opening £5.1m offer knocked back.

We’ll have to wait and see whether the fresh offer would be enough to tempt Schalke in to a sale but time is running out for a deal to be done before tonight’s deadline, so Chelsea better hope they can get a fee agreed soon.