The January transfer window is now closed but we can still look at deals that failed to get across the line and those being lined-up for the summer. Today, Man Utd agree terms for the signing of Stefan de Vrij…. 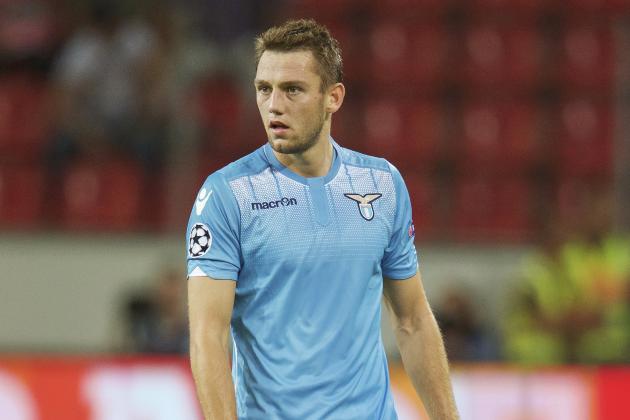 Manchester United appear to have stolen a march on Chelsea after reaching an agreement to sign £30m-rated Lazio defender Stefan De Vrij this summer, according to a report in the Mirror.

The Dutch international enjoyed an excellent first season in Italian football after moving to Lazio from Feyenoord in the summer of 2014 but a serious knee injury ruled him out for the entire 2015/16 campaign.

De Vrij is now back to full fitness and has been impressing at the back once again with his solid performances playing a key role in helping Lazio’s push to secure a top four place in the Serie A table.

However, the centre-backs future is in serious doubt as De Vrij is being strongly tipped to leave Lazio at the end of the season as his contract is approaching it’s final year and he’s so far refused to sign a new deal.

It seems the 25-year-old has attracted interest from the Premier League as the Mirror claim that Chelsea and Manchester United are among the clubs who are showing a keen interest in luring him away from the Stadio Olimpico this summer.

Chelsea are expected to bring in a new centre-back at the end of the season to replace long-serving skipper John Terry and it looks like Antonio Conte has ear-marked De Vrij as one of his targets.

However, United have now stolen a march on Chelsea as the Mirror cites Italian paper Il Messaggero as saying that the Red Devils have now reached a ‘verbal agreement’ to sign the Dutchman at the end of the season.

It’s not clear whether the supposed agreement has been made with Lazio or directly with the player but the newspaper suggests that it will cost in the region of £30m to sign De Vrij, despite the fact he’ll only have 12 months left on his deal this summer.

Jose Mourinho has been strongly linked with a number of central defenders in recent months but if these reports are to be believed then the Portuguese coach is closing in on the signing of de Vrij.

We’ll have to wait and see how things develop over the coming months but I think he’d be a superb signing and has the potential to form a long-lasting partnership alongside Eric Bailly at Old Trafford.