Liverpool will be looking to get their season back on track when they welcome high-flying Tottenham to Anfield on Saturday evening.

The Reds have endured a nightmare run of form since the turn of the year with just one win in their last ten games in all competitions leaving a once promising campaign in tatters.

It’s left the Merseysiders sitting outside the top four and out of both domestic cup competitions so Jurgen Klopp will be desperate to get back to winning ways tomorrow.

However, that won’t be an easy task as Tottenham arrive at Anfield sitting second in the table and four points ahead of Liverpool after beating Middlesbrough at White Hart Lane last weekend.

Mauricio Pochettino’s side will be hoping to put the pressure on leaders Chelsea with a win and cut their advantage to six points but with just five points separating Spurs and sixth-placed Manchester United, it’s all to play for in the race for the top four.

Liverpool will hand a late fitness test to Adam Lallana as he’s missed training this week with a minor Achilles injury but the England international is expected to be passed fit.

Dejan Lovren is also a slight doubt as he continues to recover from a knee injury which kept him out of last weeks defeat at Hull City but Ragnar Klavan could be back in the squad after recovering from illness.

Gini Wijnaldum is expected to get a recall in midfield while reports suggest that Loris Karius is set to come back in for Simon Mignolet between the sticks.

Tottenham will be without Danny Rose as he’s been ruled out with a knee injury while Jan Vertonghen is also still nursing an ankle ligament problem.

Ben Davies and Eric Davies are expected to start at the back but Erik Lamela is still working his way back to full fitness following a serious hip injury. 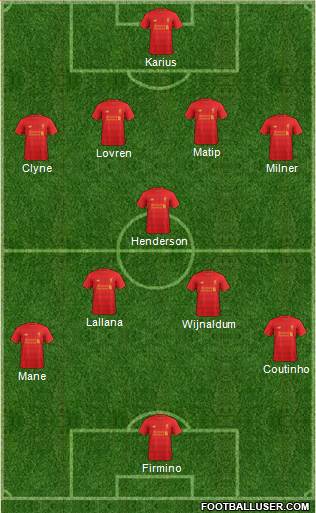 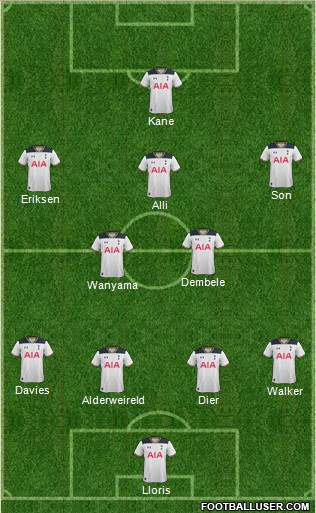 Liverpool 1-1 Tottenham: Liverpool have an excellent recent record against Spurs having not lost any of their last eight meetings so they should be confident of getting a positive result tomorrow. But I just don’t see Tottenham getting beaten so I’m going for a 1-1 draw.

However, its always difficult to predict games in the Premier League and that’s where Odinbet comes in….

Odinbet is FREE to use, and statistical analysis for games played in world football’s top 12 leagues. Use the filter system to refine which games you should bet on and view the analysis that mathematical system produces to give you the best chance of making money from the Liverpool vs Tottenham game.

Liverpool are the 13/10 favourites but we can get you enhanced odds of 10/1 on a home win and 16/1 on away win – just click here to take advantage of these crazy odds [winnings as free bet, T&C’s apply].