Chelsea take on Wolves at Molineux on Saturday afternoon. Here is the team we think Antonio Conte will pick for the game:

Chelsea will look to book their place in the quarter finals of the FA Cup when they take on Wolves at Molineux on Saturday afternoon.

Goalkeeper: The Blues boss is expected to stick to his policy of rotating his line-up in the FA Cup so we should see Thibaut Courtois given a rest with Asmir Begovic coming in between the sticks.

Defence: David Luiz is certain to be given a breather in order to give him the opportunity to rest a niggling knee injury so John Terry is expected to come in and make a rare start after shacking off a knock.

Kurt Zouma is also set for a recall to the starting eleven with Gary Cahill rested but Cesar Azpilicueta could be retained in the back three.

Midfield: Conte is likely to give Cesc Fabregas a chance to impress in midfield while youngster Nathan Chalobah should get another run out after playing against Brentford in the previous round.

Therefore, N’Golo Kante and Nemanja Matic should be rested while Nathan Ake is expected to get just his second start since returning from a loan spell at Bournemouth with Marcos Alonso left out. Victor Moses could keep his place on the right wing.

Attack: There could be changes in attack too with Eden Hazard and Diego Costa expected to be given a breather. Willian is in-line to start while Michy Batshuayi is also set to be given a rare run-out up front.

Pedro could be retained in attack and he’ll be looking to build on some excellent form of late, although Ruben Loftus-Cheek is an option if Conte wants to rest the Spaniard. 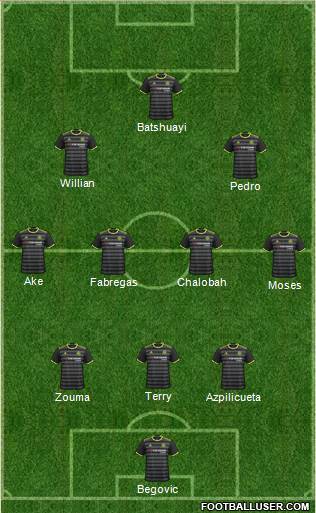 Chelsea are the heavy favourites to win the game but its always difficult to predict results in the FA Cup and that’s where Odinbet comes in….

Odinbet is FREE to use, and statistical analysis for games played in world football’s top 12 leagues. Use the filter system to refine which games you should bet on and view the analysis that mathematical system produces to give you the best chance of making money from the Wolves vs Chelsea game.