Man Utd take on Southampton at Wembley in the EFL Cup final on Sunday afternoon. Here is the team I think Jose Mourinho will pick for the game:

Man Utd will be hoping to secure the first piece of silverware of the season when they take on Southampton at Wembley in the EFL Cup final on Sunday afternoon.

Goalkeeper: Mourinho has gone with Sergio Romero for the last three games and he’s performed well enough but I don’t think there’s any doubt that David De Gea will be recalled between the sticks for the Cup final this weekend.

Defence: Phil Jones remains a doubt with a foot injury that’s kept him out in recent weeks but I think we’ll see Chris Smalling continue alongside Eric Bailly in the heart of defence.

Daley Blind is also likely to keep his place at left-back ahead of Luke Shaw and Marcos Rojo but Antonio Valencia is expected to be recalled at right-back with Ashley Young dropping out.

Midfield: Ander Herrera will make his return to the starting eleven after being suspended for the Europa League second leg at Saint-Etienne on Wednesday night.

Michael Carrick has made a swift recovery from a suspected calf injury that forced him off in midweek so I expect Mourinho will go with the experienced midfielder ahead of the likes of Marouane Fellaini. Paul Pogba is certain to start and he could be given a ‘free role’ in the middle of the park alongside Herrera and Carrick.

Attack: Wayne Rooney is back in contention after recovering from a niggling hamstring injury that’s hampered him in recent weeks. Mourinho has confirmed the attacker will play some part in the game but I think we’ll see him start from the bench on Sunday.

Anthony Martial could have done enough to earn a start on the left wing and he is likely to come in for Henrikh Mkhitaryan after he was ruled out with a hamstring injury that he suffered in France on Wednesday.

Marcus Rashford and Jesse Lingard are pushing for a starts but I think Mourinho will go with Juan Mata while Zlatan Ibrahimovicis certain to start up front. 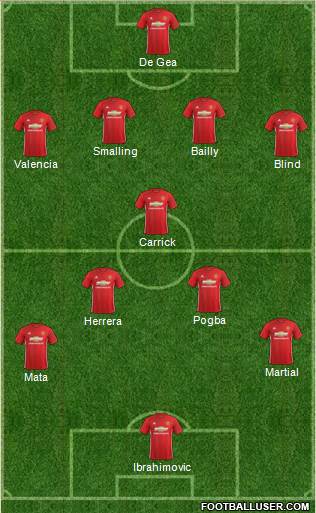 United head to Wembley as favourites to win the game but its always difficult to predict results in cup finals and that’s where Odinbet comes in….

Odinbet is FREE to use, and statistical analysis for games played in world football’s top 12 leagues. Use the filter system to refine which games you should bet on and view the analysis that mathematical system produces to give you the best chance of making money from the Man Utd vs Southampton game.