Whether it’s a maintenance issue, or the grounds are not up to the standard needed for the footballing world, here’s a look at the worst football stadiums

With the amount of money ploughed into the art of football, you wouldn’t imagine that a club’s home ground would ever become dilapidated or derelict, but unfortunately with a few football teams that’s exactly the case.

Whether it’s a maintenance issue, or the grounds are simply not up to the standard needed for the footballing world, here’s a look at the world’s worst football stadiums.

While visually spectacular, West Ham’s ex-Olympic stadium grounds have one glaring issue that has thwarted the viewing experience of many a football fan. It simply wasn’t built for the beautiful game.

Fans are left miles away from the action and find themselves continually having to rely on the assistance of screens to understand exactly what’s going on, and let’s face it, they didn’t pay the ever increasing ticket price to watch the game on a screen now did they?

Alongside this, there have been reports of issues with crowd control during Derby clashes due to the lack of segregation between crowds. While this may only be a minority spoiling it for the many, this is not a new issue in terms of football, and a fully-fledged stadium should be built with this is mind.

There’s no doubt that Kenilworth Road has served its home team well, with a 108 years of service the stadium still does the job.

Like an apprentice doing no more than the bare minimum however, it’s time to bring in the professionals to do the job properly.

A large portion of the stands are in a state of serious disrepair, and with the visitor’s entrance being between a pair of terraced houses, it may be time for the age old ground to consider retirement.

This 99,365 seat stadium is nothing short of glorious, but the architects behind the construction quite clearly didn’t have football in mind during its design.

The multi-story carpark esque exterior doesn’t exactly scream million dollar football team, and the fact that tickets prices continue to climb means that more often than not, there’s more than just the one empty seat.

Add to this the fact that spectators often struggle see their favourite stars having had to endure seats that are so far away they may as well have stayed at home, it appears as though the brilliant Barcelona may be in need of a stadium revamp.

It may be renowned for its atmosphere inducing compactness, but when you’re stadium can be mistaken for a dilapidated council building it may be time to rethink where you host your games.

Alongside this there have been more than one complaint in regards to leg room at the grounds, with even those of average height having to struggle to stretch out.

Wembley may have cost millions and taken years to construct, but for football fans the arched stadium is far from the iconic grounds that they so desperately cried out for.

Too big can quickly mean too little atmosphere, and with no club affiliated with the grounds it’s difficult to inspire loyalty to the overwhelmingly large stadium.

It doesn’t help that fans are constantly told to follow a specific set of rules, and the almost paranoid police presence can quickly put a damper on what little atmosphere there was to begin with.

Hopefully with Tottenham taking up a temporary residency at the grounds things will improve, but for now, the would-be iconic stadium still has a lot to prove. 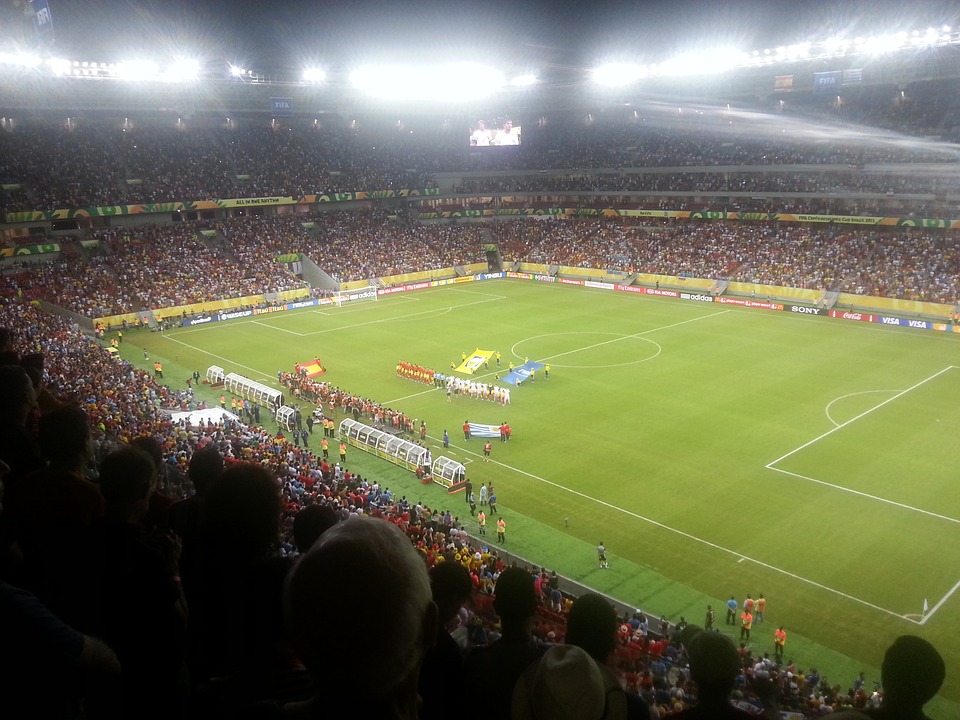 We here at Bowcom are passionate about all things pitch maintenance, and love nothing more than ensuring that all fields are up to scratch! If you’d like to take a look at what we have to offer, you can do so here.