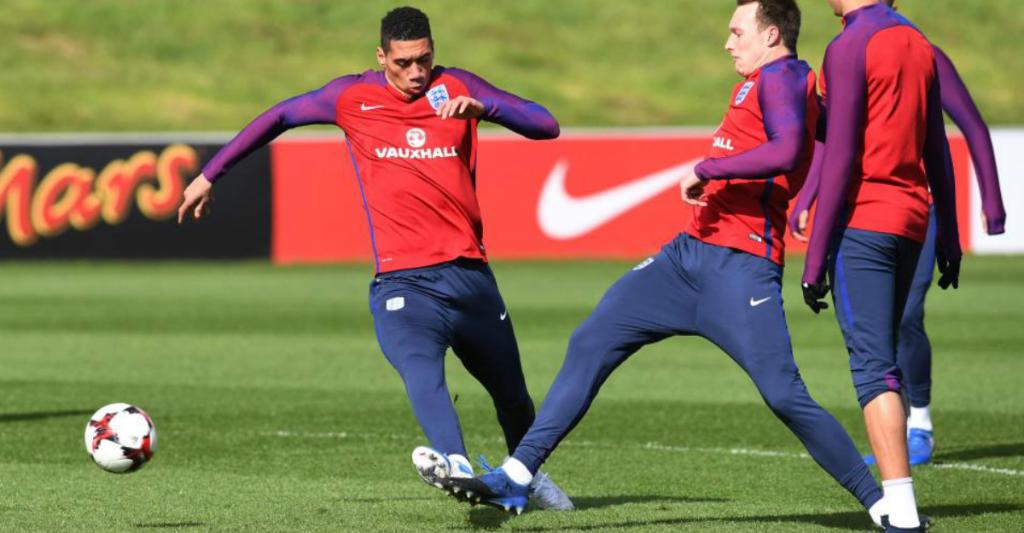 Manchester United defender Phil Jones is set to be ruled out for nine games after suffering a suspected broken toe in England training on Tuesday, according to the Mirror.

Jones was called up by Three Lions boss Gareth Southgate for England’s friendly with Germany tonight and their World Cup qualifier against Lithuania on Sunday.

However, the 25-year-old is set for a spell on the sidelines after he pulled up in training yesterday having being caught on his foot by Man Utd team mate Chris Smalling.

Jones has undergone scans to determine the full extent of the injury but the Mirror say the centre-back has suffered a suspected broken toe which would rule him out for around a month.

Southgate confirmed that Jones has picked up a toe injury but refused to speculate over how long he’ll be out for until the results of the scans are known. He’s quoted as saying by the Mirror:

“We don’t know the full extent of it. We have respectfully sent him back to his club and we will know more once he has had scans and an x-ray over the next 24-48 hours.

“It was just an innocuous tackle. Phil caught the bottom of his foot in the challenge and we think he suffered an injury to his toe.

“It is very unfortunate for him and a huge disappointment because he has been playing very well and he has had some injury difficulties in the past.”

If Jones is ruled out for a month it means he’ll miss at least NINE games as United have a hectic April fixture list that sees them play Premier League games against West Brom, Everton, Sunderland, Chelsea, Burnley, Man City and Swansea City.

The centre-back would also miss United’s Europa League quarter final double-header against Anderlecht before hoping to return for the trip to Arsenal at the start of March.

The news will come as a concern to Jose Mourinho as Jones has only recently returned to full fitness following another foot injury and the United boss can ill-afford to lose players as the club look to battle for their place in the top four.