Liverpool moved level on points with second-placed Tottenham following a 3-1 victory over Merseyside rivals Everton at Anfield this afternoon. 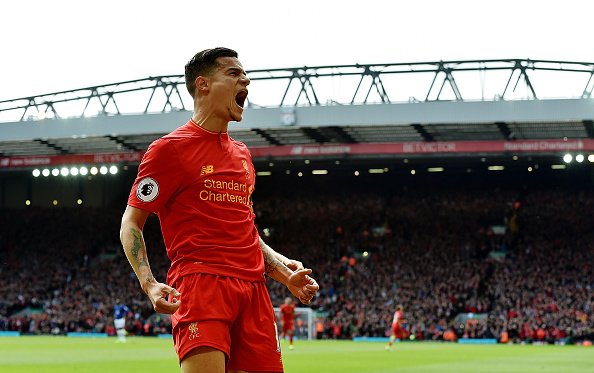 Liverpool moved level on points with second-placed Tottenham following a 3-1 victory over Merseyside rivals Everton at Anfield this afternoon.

The Reds opened the scoring inside the first ten minutes as Sadio Mane drove at the Everton defence before finding the far corner with a low effort in the 8th minute.

The Toffees responded well and found the equaliser when youngster Matthew Pennington was on hand to fire home for 1-1 from close range following a 28th minute corner.

However, Liverpool restored their advantage just minutes later when Philippe Coutinho produced a moment of magic as he bamboozled the Everton defence before curling home a superb effort to make it 2-1 in the 31st minute.

Any hopes of a late Everton comeback were dashed when Liverpool made it 3-1 midway through the second half as more good work from Coutinho led to Divock Origi firing home from the edge of the box.

The win sees Liverpool climb above Manchester City in to third and they are now level on points with second-placed Tottenham ahead of their game at Burnley.