Arsenal take on Crystal Palace at Selhurst Park this evening. Here is a preview with team news, line-ups, betting tips and predicted score.

Arsenal will look to keep in touch with the top four when we take on Crystal Palace at Selhurst Park this evening.

We got back to winning ways with an impressive 3-0 victory over West Ham last week with Mesut Ozil getting back to his best with a goal and an assist to help see-off Slaven Bilic’s men at the Emirates.

However, we’ve had to sit back and watch all of our top four rivals win over the weekend with Manchester United, Manchester City, Liverpool and Tottenham all registering victories.

The weekend results have seen us slip to sixth and seven points adrift of the top four with two games in hand so it’s vital we come home with all three points this evening in order to keep alive our hopes of qualifying for the Champions League.

It’s not going to be an easy task though as Palace have been in great form lately and while they did see their four-match winning streak end with defeat at Southampton, Sam Allardyce’s side beat Chelsea last weekend so we know they will be dangerous this evening.

Emiliano Martinez is set to continue in goal as Petr Cech has failed to recover from a calf strain while David Ospina is also nursing a muscle complaint.

Laurent Koscielny is still out with an Achilles injury so Gabriel will continue in defence while Mohamed Elneny will hope to retain his place despite the availability of Aaron Ramsey and Alex Oxlade-Chamberlain.

Francis Coquelin is back in contention after missing the West Ham game due to personal reasons but Lucas Perez and Santi Cazorla remain unavailable for selection.

Palace will be without Yohan Cabaye due to a calf strain while Scott Dann, Pape Souare, James Tomkins, Fraizer Campbell, Connor Wickham and Patrick van Aanholt are also out.

Joe Ledley is available again after missing the Southampton game while James McArthur could return following a back injury. 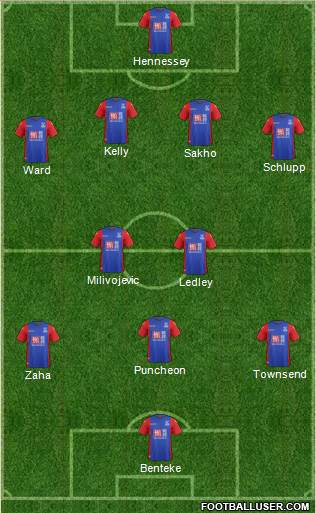 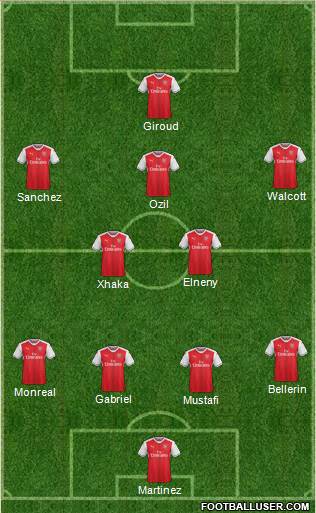 Crystal Palace 1-2 Arsenal: We have an excellent record against Palace having lost only one of our last 15 league games against them and we haven’t lost away to the Eagles since 1979. However, they are a solid unit under Allardyce and I think this is going to be a very tough game. As long as we can cut the supply lines to Benteke and keep him quiet, we should have enough to edge it.

Odinbet is FREE to use, and statistical analysis for games played in world football’s top 12 leagues. Use the filter system to refine which games you should bet on and view the analysis that mathematical system produces to give you the best chance of making money from the Crystal Palace vs Arsenal game.

Arsenal are the 5/6 favourites to win this game with the bookmakers but we can get new customers enhanced odds of 8/1 on Arsenal – just click here or above to take advantage of these crazy odds [winnings as free bet, T&C’s apply].