Arsenal take on Leicester at the Emirates this evening. Here is a preview with team news, line-ups, betting tips and predicted score.

Arsenal will look to continue our push for the top four when we entertain Leicester City at the Emirates Stadium this evening.

We warmed up for the game in perfect style after securing our place in the final of the FA Cup with a hard fought 2-1 victory over Manchester City at Wembley on Sunday afternoon.

However, we need to focus on league matters this evening as we have a real battle on our hands to maintain our record of finishing in the top four for 20 consecutive seasons.

We currently sit seventh in the table but have games in hand on those above us and a win tonight would see us move to within four points of fourth-placed Man City ahead of their clash with United on Thursday night.

Arsene Wenger will be preparing us to face a rejuvenated Leicester side who have moved away from the relegation zone since sacking Claudio Ranieri back in February.

They still sit 15th in the table on 37 points so Craig Shakespear will be looking for one more win to ensure safety but he will have to pick up his players after their Champions League run ended with a 2-1 defeat to Atletico Madrid last time out.

Alex Oxlade-Chamberlain will be given a late fitness test after picking up a minor foot injury against City but he was back in training yesterday so should be in the squad.

Shkodran Mustafi remains unavailable with a thigh injury so Gabriel and Rob Holding are expected to keep their places if Wenger sticks with the new 3-4-3 formation.

The boss is likely to freshen things up after we played 120 minutes on an energy-sapping Wembley pitch with the likes of Hector Bellerin, Mohamed Elneny, Kieran Gibbs, Theo Walcott and Danny Welbeck pushing for recalls.

Leicester will be without captain Wes Morgan due to a hamstring injury while Mampalys Mendy has been ruled out for the rest of the season with an ankle injury.

Islam Slimani is still nursing a groin problem but Robert Huth will return after missing the Atletico game through suspension. 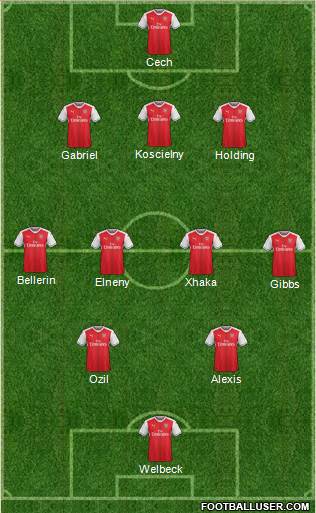 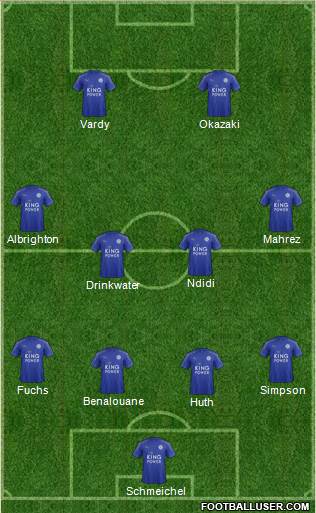 Arsenal 2-1 Leicester: We have an excellent record against Leicester having won each of our last nine home matches against them while we haven’t lost any of our last 20 league games against the Foxes. Obviously they are a dangerous side with the likes of Vardy and Mahrez in the team but hopefully Sunday’s win will give the Arsenal players a confidence boost and I think we’ll edge this tonight 2-1.

Arsenal are the 4/7 favourites to win this game with the bookmakers but we can get new customers enhanced odds of 5/1 on the Gunners – just click here or above to take advantage of these crazy odds [winnings as free bet, T&C’s apply].