Arsenal have suffered a huge injury scare with Laurent Koscielny a doubt for Sunday’s showdown with Tottenham at White Hart Lane. 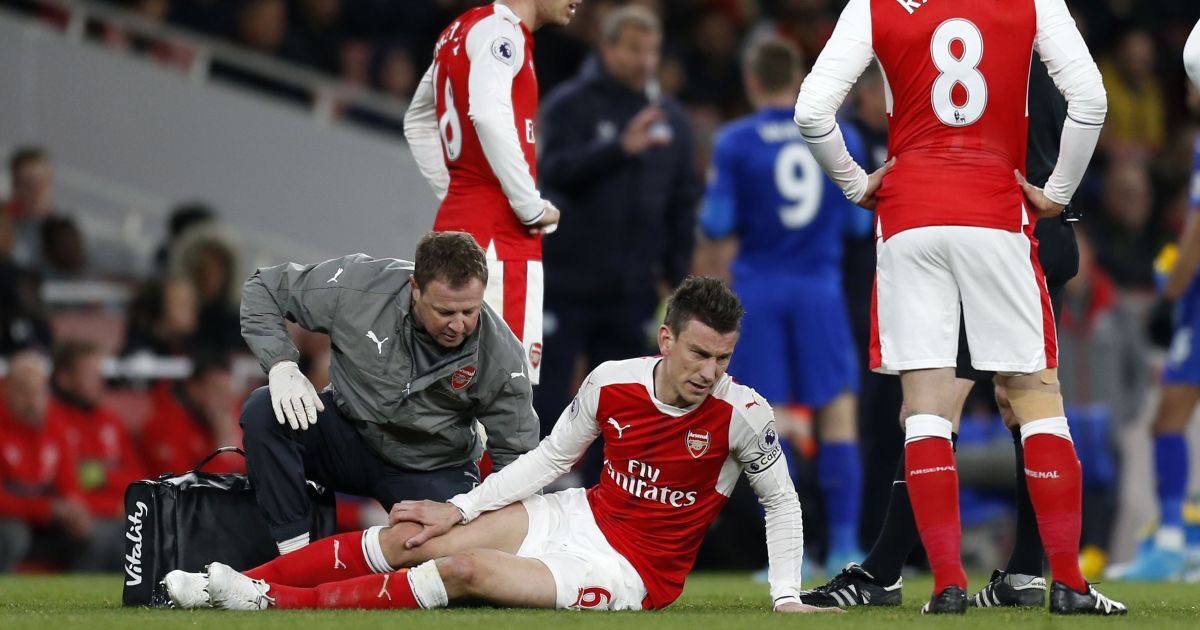 Arsenal have suffered a huge injury scare with Laurent Koscielny a doubt for Sunday’s showdown with Tottenham at White Hart Lane.

Koscielny once again captained the Arsenal side against Leicester City last night but collapsed in a heap towards the end of the second half after landing awkwardly on his right knee whilst making a routine headed clearance.

The 31-year-old was able to continue after receiving treatment from the Arsenal physio but appeared to still be feeling the effects of the injury during the closing stages of the game.

Had Arsene Wenger not already made all three of his substitutes, I’m sure the Arsenal boss would have considered taking Koscielny off but he soldiered on until the end to help the north Londoners secure a vital 1-0 win.

Speaking after the game, Wenger admitted to reporters that Koscielny had picked up a knee problem but he wasn’t sure how long the centre-back would be out for until further checks were made.

The Arsenal boss is quoted as saying by the Daily Mail:

‘Koscielny has a knee problem but I don’t know how bad yet. I have to check,’

We’ll have to wait and see how serious the problem is but the injury means Koscielny is now considered a doubt for Arsenal’s huge north London derby against Tottenham on Sunday.

If the French international is ruled out of the trip to White Hart Lane then Wenger will be left with a huge decision to make as Shkodran Mustafi is also a major doubt as he continues to nurse a thigh injury that’s kept him out of the last three games.

If both of Arsenal’s first choice centre-backs are out, then Wenger may have to ditch the 3-4-3 formation that’s served them well over the past three games in favour of switching to a flat back four as he’ll be low on centre-back options.

Rob Holding and Gabriel would be available and Wenger could deploy Nacho Monreal in a back three if he wants to stick with the new system but the Spaniard is the first choice left-back/wing-back.

Therefore, I’m sure the Gunners will be praying Koscielny is passed fit as they prepare to take on their fierce rivals having moved to within four points of the top four following last night’s crucial win.