Milan on the up as new owners continue summer spending

Milan have been quick to reinforce their squad having already secured four new players before the transfer window has officially opened. 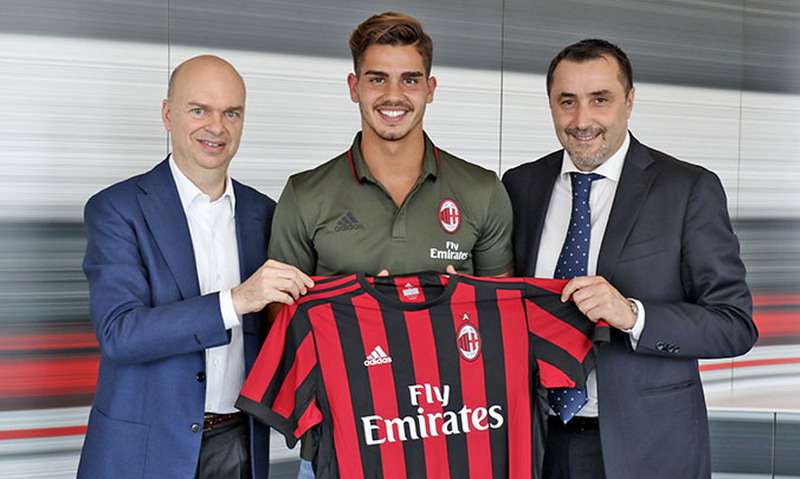 In 2007, AC Milan secured the crown as Champions of Europe having overcome Rafa Benitez’s Liverpool side in a 2-1 at Athens’ Olympic Stadium.

The victory represented the club’s third Champions League final in five seasons – a golden era built upon the foundations of a defence marshalled by the iconic duo of Paolo Maldini and Alessandro Nesta, a midfield enforced by Gennaro Gattuso, masterminded by Kaká, Andrea Pirlo and Clarence Seedorf, and a front line powered by the goal-scoring prowess of the likes of Andriy Shevchenko and Filippo Inzaghi.

Just a decade on, Milan will be hoping that the swearing in of a new era at the club can propel them to the forefront of world football following years of on-the-field decline that have been coupled with financial losses.

Despite picking up just six points in their last seven matches, Milan’s 2016-17 campaign saw them finish in sixth place in Serie A to secure European football for the first time since 2014 – putting an end to their exile in mid-table mediocrity, and prompting bigfreebet.com to predict even better times ahead next term.

With a Europa League place ensured, Milan have been quick to reinforce their squad ready for the battle ahead having already secured four new players before the transfer window has officially opened.

Among the exciting new signings for i Rossoneri is the up-and-coming 21-year-old prospect André Silva, the face of the new era who arrives for a fee of €38 million from FC Porto and with all the expectations that this price brings.

The Portuguese striker netted an impressive 21 goals in 44 games across all competitions last season and has won the highest of praise from four-time Ballon d’Or winner Cristiano Ronaldo who told Gazzetta dello Sport: “When I retire, Portugal will be in good hands because they’ve already found a great striker: Andre Silva”.

This expenditure reflects the ambition of Milan’s new owners Sino-Europe Sports Investment Management, the Chinese consortium headed by businessman Li Yonghong that assumed possession of the club from the Berlusconi family, to return the club to its former glory.

Following the acquisition of the club, Li Yonghong declared: “From today we will start building up our future” and the club appears to already be making good on its commitment to “undertake significant capital increases”.

With new investment and the club’s ambitions seemingly re-aligned to finally match the grandeur that this prestigious club deserves, AC Milan will believe that they can utilise this new injection of financial firepower to set their sights on undertaking the colossal assignment of overthrowing an imperious Juventus on the domestic front whilst seeking to re-establish their reputation on the European stage.