Arsenal take on Stoke City at the Britannia Stadium this evening. Here’s a preview with team news, line-ups and prediction Arsenal will be hoping to make it two wins from two games when they take on Stoke City at the Britannia Stadium this evening.

We kicked off the new season with a thrilling 4-3 comeback victory over Leicester City at the Emirates last Friday night to ensure it was a winning start to the 2017/18 campaign.

However, there was plenty to work on as the defence gave away some cheap goals so Arsene Wenger will no doubt be looking for a vast improvement at the back tonight.

Stoke tasted defeat in their opening game as they narrowly lost 1-0 to Everton at Goodison Park so Mark Hughes will be desperate to get back to winning ways in front of their own fans.

Alexis Sanchez took part in full training on Friday but it remains to be seen whether the Chilean international will be fit enough to be named on the bench after recovering from an abdominal injury.

Laurent Koscielny serves the last of his three-game ban but Per Mertesacker and Shkodran Mustafi are pushing for recalls at the back. Gabriel won’t be involved after signing for Valencia yesterday.

Francis Coquelin should return to the squad after overcoming an ankle injury but Jack Wilshere is still working his way back to full fitness and will play for the U23’s on Monday night.

Aaron Ramsey is expected to return to the starting eleven after making his comeback with a goal-scoring display off the bench against Leicester but Olivier Giroud may have to make-do with a place among the subs again.

However, forward Julien Ngoy is out with a thigh injury while Ibrahim Afellay and Stephen Ireland remain injured. 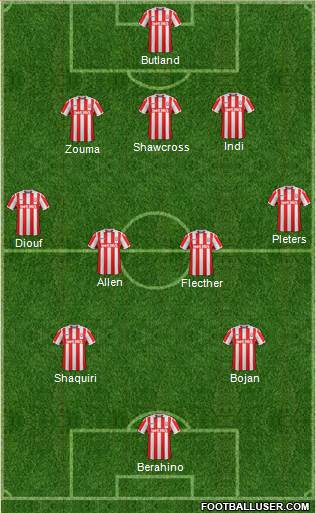 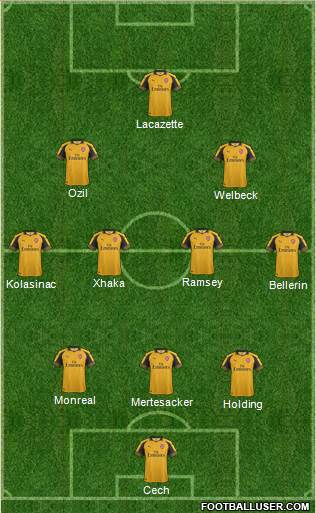 Stoke 1-2 Arsenal : We came away 4-1 victors in this fixture last season but traditionally this is a tricky ground for us. Stoke were poor against Everton and we showed against Leicester that we will create plenty of chances this season so I think we’ll have enough just to edge this one.

Arsenal are the 13/20 favourites with the bookies but we can get new customers enhanced odds of 25/1 on the Gunners – just click here to take advantage of these crazy odds [winnings as free bet, £1 max stake, T&C’s apply].