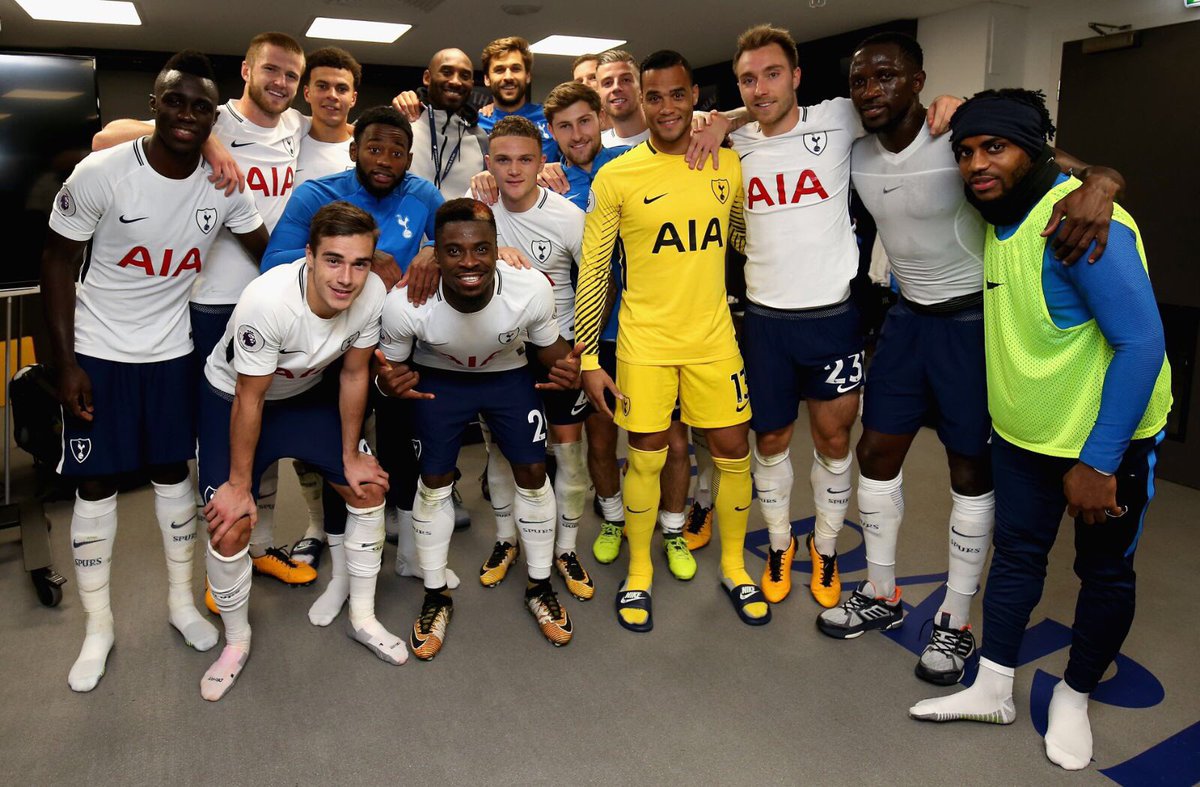 The Tottenham squad celebrated in the changing room and even posed for photos with two sporting legends after thrashing Liverpool 4-1 at Wembley on Sunday afternoon.

Harry Kane opened the scoring early on before setting up Heung-min Son to make it 2-0 in the 12th minute while Mohamed Salah pulled one back for Liverpool midway through the first half.

Dele Alli restored Tottenham’s two-goal advantage shortly before the break and Kane wrapped-up an impressive victory in the second half thanks to more sloppy defending by Liverpool.

The win sees Spurs move level on points with second-placed Manchester United and keeps them right in the mix for the title so it’s easy to understand why many of the players have been celebrating.

The majority of the Tottenham squad posed for a photo with Koby Bryant in the changing room after the game while Eric Dier and boss Mauricio Pochettino also had individual photos with the NBA legend.

Kane also took the opportunity to have a snap with the basketball super-star and present Bryant with a Tottenham shirt with the number 24 on the back.

Football legend Maradona was also a special guest at Wembley yesterday and he had some photos with the Tottenham players and staff after the game too.

Check out the photos here: 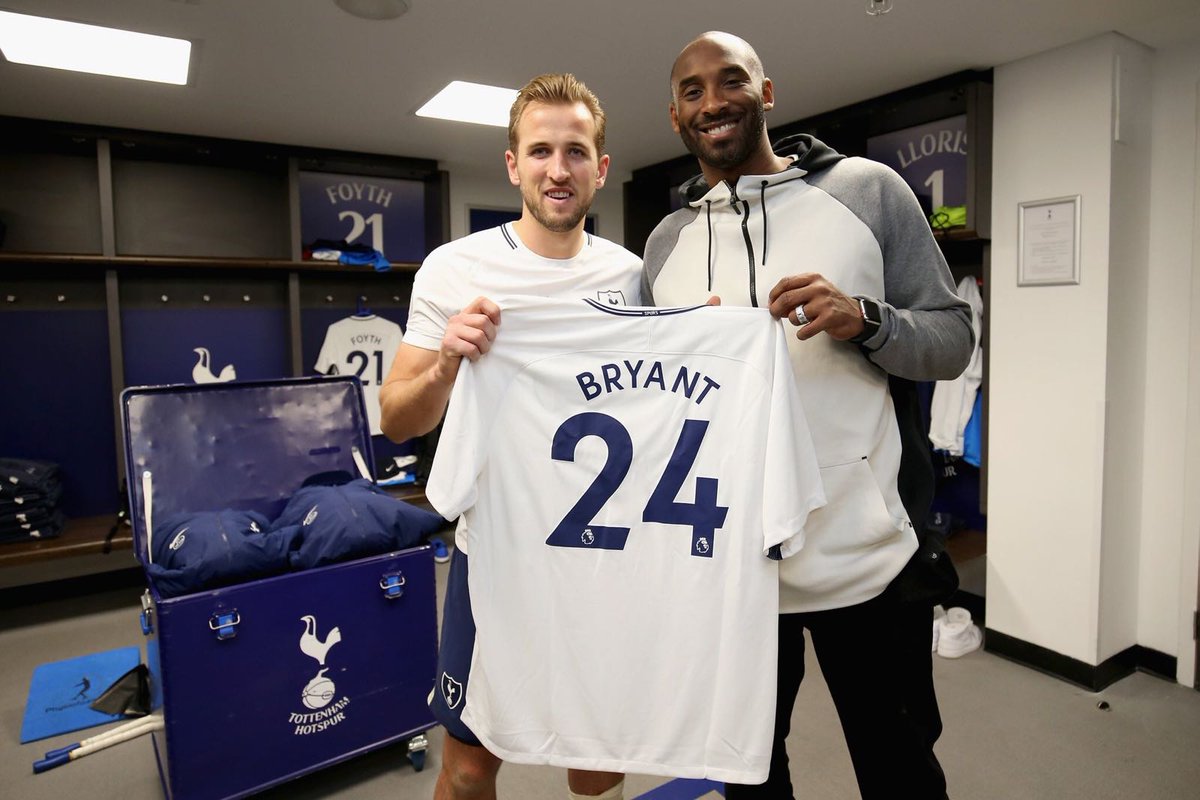 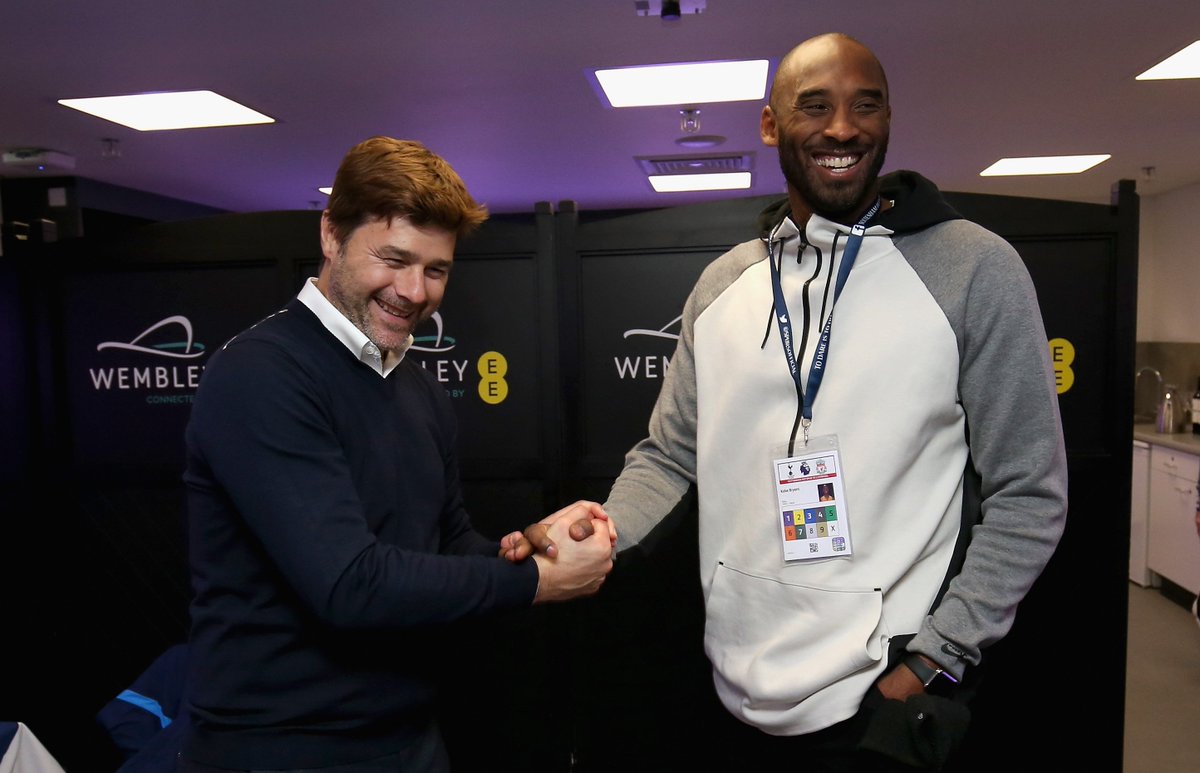 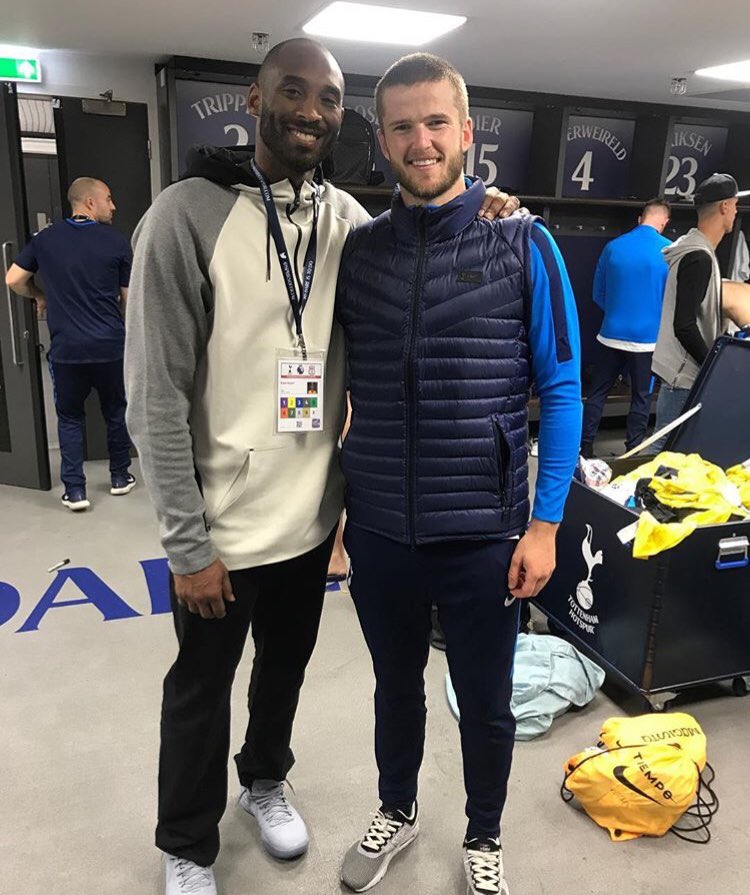 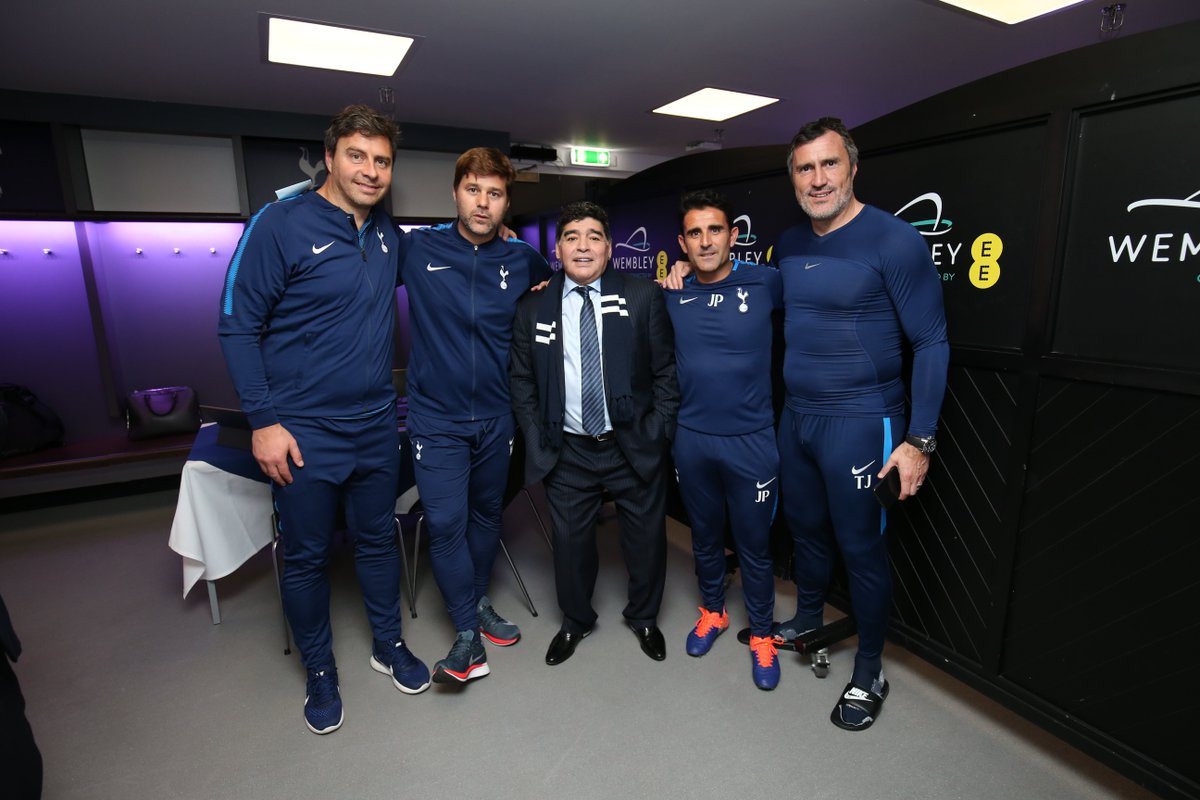 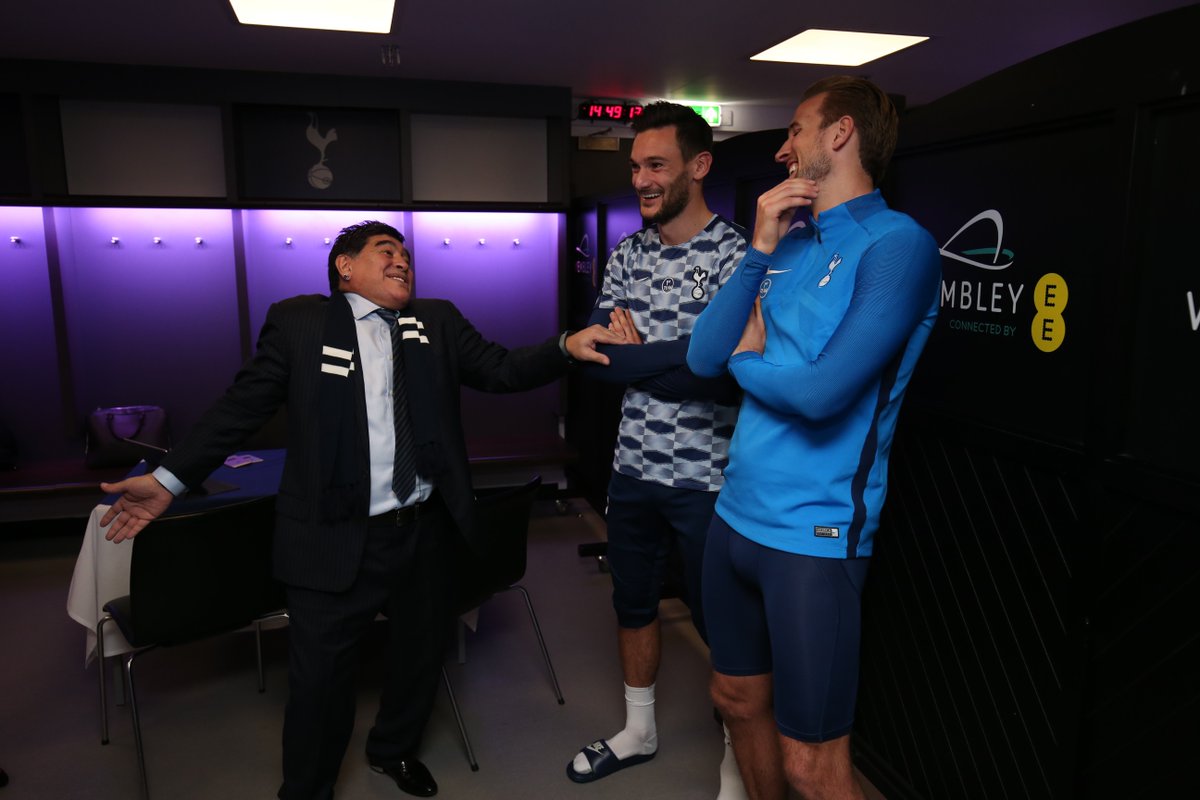