Liverpool Locked In Battle With Tottenham To Sign £20m Midfielder

Liverpool and Tottenham Hotspur are locked in a battle to sign Sheffield United’s £20m-rated midfielder David Brooks, according to reports

The transfer window may be closed but clubs are still working hard ahead of January and next summer so we’ll bring you all the latest gossip from around the globe. Today, Liverpool and Tottenham are linked with David Brooks… 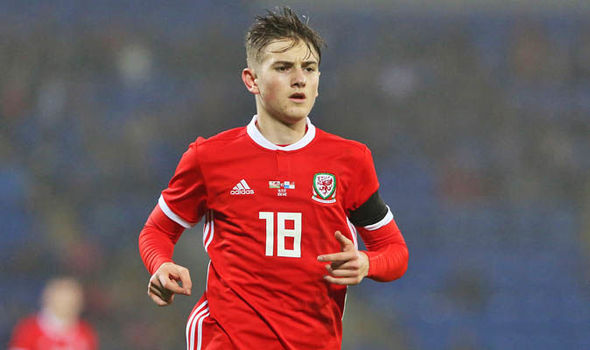 Liverpool and Tottenham Hotspur are locked in a battle to sign Sheffield United’s £20m-rated midfielder David Brooks, according to a report in the Express.

Brooks came through the Manchester City youth academy before joining Sheffield United in 2014 where he was quickly promoted to the first team set-up.

The 20-year-old is now an established part of Chris Wilder’s team having made 17 appearances in all competitions so far this season while he’s also forced his way in to the senior Wales squad.

Brooks made his full international debut last week during Wales’ draw against Panama and his Man of the Match performance appears to have caught the attention of top flight clubs.

The Express are citing a report from Mirror that claims Liverpool and Tottenham are now locked in a battle to sign Brooks after identifying him as an exciting star of the future.

However, the midfielder signed a new four-year contract at Bramall Lane last month and no buyout clause was included in the deal so the Blades know they are under no pressure to cash-in.

Therefore, the newspaper suggests that Liverpool and Spurs will have to pay around £20m to get a deal agreed with the Championship side ahead of a January transfer.

Brooks is predominantly used as an attacking central midfielder and is known for his superb range of passing so he’d be an exciting addition for either Liverpool or Spurs if they could snap him up.

Obviously he’d have to bide his time to break in to the first team as Jurgen Klopp and Mauricio Pochettino have a wealth of talent to choose from but Brooks would find it difficult to turn down a move to Anfield or White Hart Lane if the opportunity arose.