The draw for the third round of the FA Cup was held this evening and as usual it’s thrown up some intriguing ties.

Undoubtedly the tie of the round will see a huge Merseyside derby take place at Anfield as Liverpool have been drawn to face local rivals Everton.

Arsenal lifted the FA Cup once again last season after beating Chelsea in the 2016/17 final and the holders have been drawn away to Nottingham Forest in the third round.

Manchester United will fancy their chances of progressing to the next round as they’ll take on Championship side Derby County at Old Trafford.

Premier League leaders Manchester City have been drawn against another top flight side as Pep Guardiola’s men will entertain Burnley at the Etihad Stadium.

Tottenham Hotspur have endured a slump in form of late so the north Londoners could do with putting a good cup run together and they’ll start their FA Cup campaign by hosting AFC Wimbledon.

The last of the league’s ‘big six’ is Chelsea and Antonio Conte’s men will face a tricky trip to East Anglia to face Norwich City at Carrow Road.

All the ties will be played on the weekend of the 6th January, 2018. Here is the draw in full: 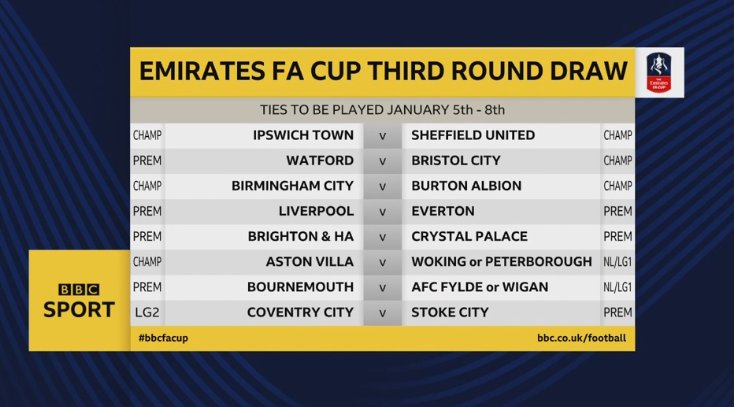 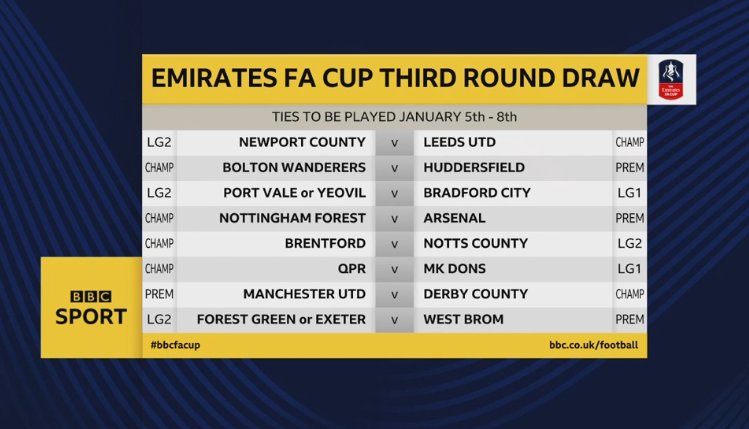 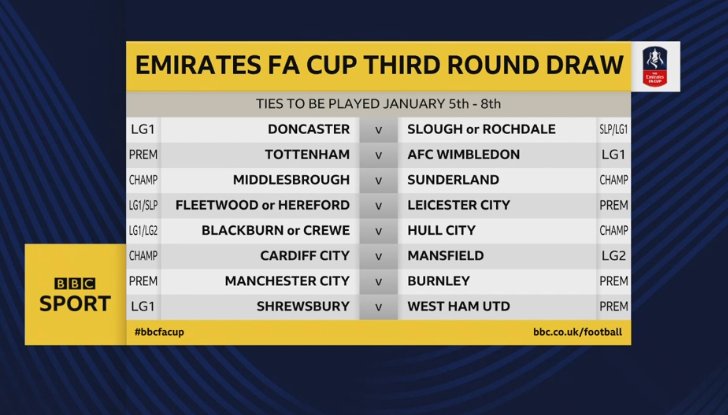 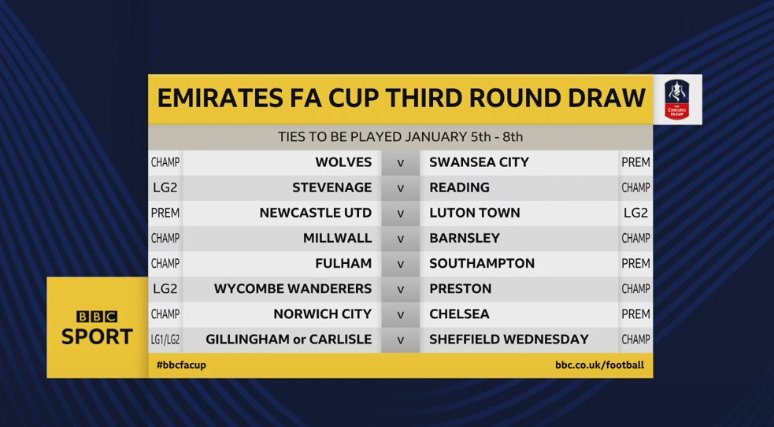