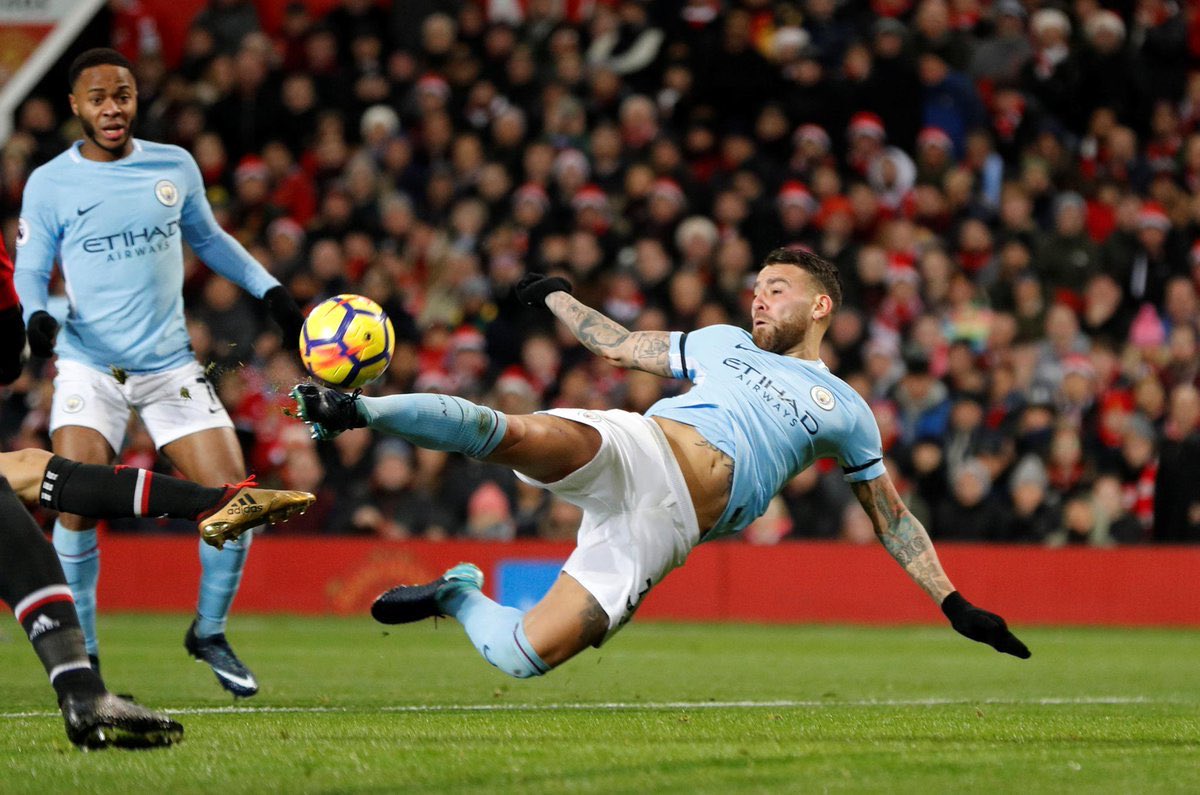 Manchester City put one hand on the Premier League title after moving 11 points clear at the top of the table with a 2-1 victory over Manchester United this afternoon.

City dominated the first half and Gabriel Jesus wasted a great opportunity to open the scoring after scuffing a shot straight at David De Gea while Leroy Sane also tested the United stopper.

The visitors eventually took the lead in the 43rd minute when David Silva was on hand to fire home from close range following a corner to give Pep Guardiola’s men a deserved lead.

United managed to level things up before the break as Marcus Rashford crept in behind the City defence to slot home for 1-1 deep in to first half stoppage time.

However, City retook the lead shortly after half time as Nicolas Otamendi volleyed home from 6 yards after Romelu Lukaku had failed to clear his lines from a Kevin De Bruyne free kick in the 54th minute.

United pushed to find another equaliser but they were denied by a superb double save from Ederson while a strong penalty shout was alsso waived away by the referee as City held on to secure a vital 2-1 win which sees them go 11 points clear.