Liverpool take on West Brom at Anfield this evening. Here is our preview including team news, line-up and prediction

Liverpool will look to get back to winning ways when they entertain West Bromwich Albion at Anfield this evening.

The Reds were left hugely frustrated after being held to a 1-1 draw by Everton at the weekend with a controversial late penalty gifting the Toffees a share of the derby spoils.

Jurgen Klopp was heavily criticised for rotating his starting eleven with a number of key men left out but Liverpool still had more than enough chances to kill the game before the penalty.

Burnley’s win over Stoke last night has seen the Reds drop to fifth in the Premier League table but the Merseysiders can regain fourth with a positive result this evening.

West Brom arrive at Anfield sitting in the relegation zone following Saturday’s 1-0 defeat at Swansea which extended their winless win in all competitions to 15 games.

Liverpool will be without Alberto Moreno as he’s been ruled out with an ankle injury so Andrew Robertson could be given another chance to impress at left-back.

Adam Lallana is back in training but Klopp has suggested he won’t be risked just yet while the same can be said for Joel Matip as he’s just back from a thigh injury.

The Reds boss also revealed yesterday that Mohamed Salah was withdrawn from the Everton game as a precaution with a hamstring problem so he could be rested tonight.

Roberto Firmino and Philippe Coutinho are set for recalls after being left out at the weekend while Gini Wijnaldum and Emre Can are also pushing to start.

West Brom could welcome Craig Dawson back in to the squad as he’s returned to training following a knee problem but Alan Pardew will be without Matt Phillips, Nacer Chadli, Gareth Barry and James Morrison. 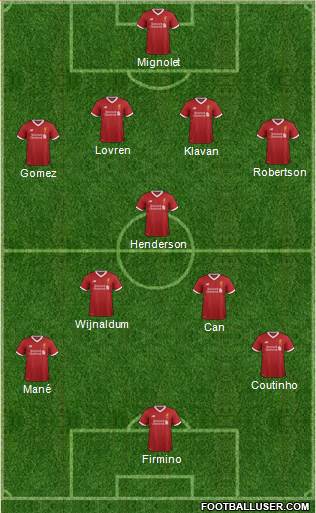 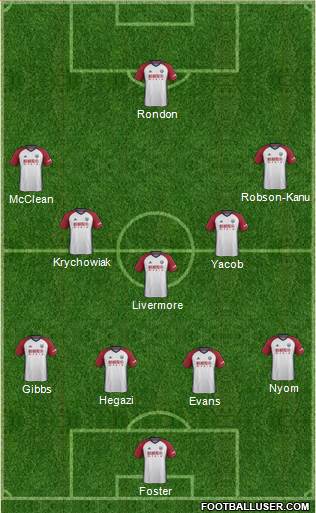 Liverpool 3-0 West Brom: The Reds are unbeaten in their last eight games against West Brom and they’ll be looking to make up for Sunday’s derby disappointment. West Brom have the potential to make life difficult for Liverpool if they sit back and defend with 10-men behind the ball but I still think the hosts have way too much firepower.