Arsenal take on Chelsea at the Emirates Stadium this evening. Here is a preview with the latest team news, line-ups and prediction

Arsenal will be desperate to get back to winning ways and boost their top four hopes when they welcome Chelsea to the Emirates Stadium this evening.

The Gunners have slipped to sixth in the Premier League table and are now six points adrift of the top four after being held to a 1-1 draw at West Brom on Sunday afternoon.

Arsene Wenger was left furious after Mike Dean awarded the Baggies a controversial late penalty and has subsequently been slapped with an FA misconduct charge after berating the referee in his dressing room after the game.

So the Arsenal boss will be keen to get back on track against Chelsea this evening as victory would see the north Londoners move to within three points of fourth-placed Liverpool and four points of Chelsea.

The Blues are currently third in the table and have Liverpool breathing down their necks but Antonio Conte’s side can leapfrog Man Utd in to second with a win at the Emirates this evening.

Arsenal playmaker Mesut Ozil is a major doubt for the game after missing the West Brom clash with a knee injury and he hasn’t been able to train this week.

Laurent Koscielny is rated as having just a 30% chance of playing after aggravating an Achilles injury at the Hawthorns so Per Mertesacker is on stand-by to come in to the defence.

Sead Kolasinac is certain to miss out after being ruled out for two weeks with an ankle injury so he joins Aaron Ramsey, Nacho Monreal and Olivier Giroud on the sidelines.

Chelsea have no fresh injury problems to deal with but David Luiz and Charly Musonda remains unavailable for selection – though they could return for the FA Cup trip to Norwich. 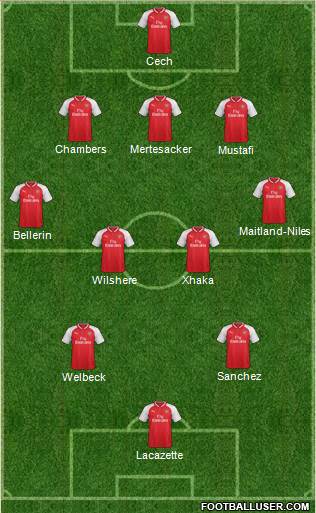 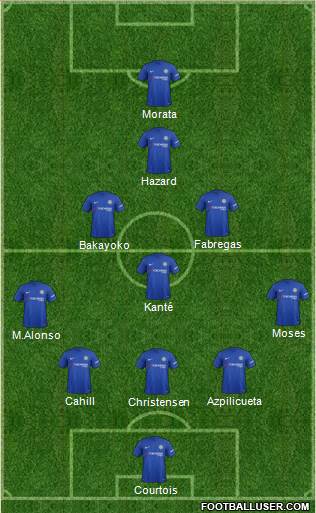 Arsenal 1-1 Chelsea: The Gunners won this fixture 3-0 last season but they come in to the game playing poorly and with mounting injury problems. Chelsea on the other hand have won four of their last five games and have a healthy squad to choose from so they will be confident of getting a positive result. I don’t think Arsenal will win the game but their impressive home record should ensure they take a point.

Arsenal are the 2/1 favourites to win this game with the bookmakers but we can get new customers enhanced odds of 30/1 on the Gunners or 40/1 on the Blues – just click here to take advantage of these incredible odds [winning paid in free bets, max stake £1, T&C’s apply].