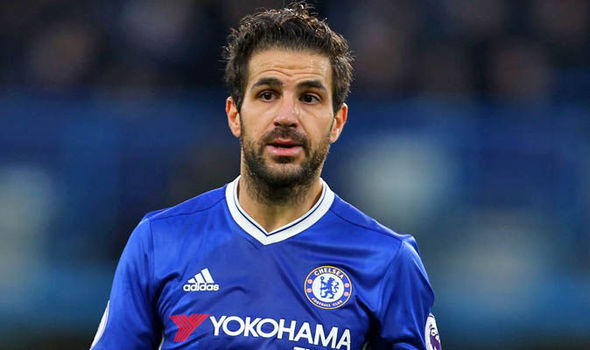 Chelsea will look to book their place in the fourth round of the FA Cup when they take on Norwich City in their replay at Stamford Bridge tomorrow night.

Ahead of the game, Antonio Conte has been speaking to the media at his pre-match press conference this afternoon and he’s offered a team news and injury update.

The Blues boss has confirmed that Gary Cahill is set to miss the visit of Norwich to the capital after picking up a muscular problem during the 0-0 draw with Leicester City at the weekend.

In a double blow for the defending Premier League champions, Conte also revealed that midfielder Cesc Fabregas will miss the FA Cup replay after suffering a hamstring injury.

Ross Barkley was initially pencilled-in to make his debut following his move from Everton earlier this month, however, Conte has confirmed the midfielder wasn’t registered in time so won’t be eligible for selection against Norwich.

Conte is set to make several changes to his starting eleven for the visit of the Championship side tomorrow and he’s hinted that Eden Hazard will be among the first team regulars who’ll be given a rest.

Ethan Ampadu was named on the bench at Carrow Road last week but the young defender is expected to be handed a chance to impress from the start tomorrow night.

Conte says Ross Barkley is unable to play tomorrow because he didn't sign in time, but he is likely to feature in a friendly and could be ready for the weekend.

Gary Cahill, who went off injured at the weekend, has a muscular problem and Cesc Fabregas has a hamstring injury, so won't feature tomorrow.

The Italian says he is likely to make a number of changes for tomorrow's game against Norwich, particularly given the fact we are due to play Brighton in the early fixture on Saturday.

Conte says given the fact Eden Hazard had a bad injury, and surgery, as well as missing pre-season, it's important to be careful with his fitness and make sure he is in the best physical condition.

Conte says Ethan Ampadu will 'probably' play tomorrow because he deserves an opportunity. He adds young players, when given a chance, must prove he was right to put them in the team.

Chelsea were held to a 0-0 draw by Norwich in the original tie so they’ll be looking to get the job done on home soil with the winner due to play Newcastle at home in the next round.