Arsenal take on Everton at the Emirates on Saturday evening. Here is a preview with team news, line-ups and predicted score

Arsenal will be looking to get back to winning ways when we take on Everton at the Emirates on Saturday evening.

A hectic January transfer window ended with the arrival of Pierre-Emerick Aubameyang in a club-record deal from Borussia Dortmund so fans will be hoping to see the striker in action tomorrow night.

We certainly needed a boost following Tuesday night’s shambolic 3-1 defeat to Swansea City which has left us facing an uphill battle to qualify for the Champions League this season.

Arsenal head in to the weekend action sitting sixth in the table and eight points adrift of fourth-placed Chelsea so we simply have to beat Everton to retain any hope of finishing in the top four.

The Toffees arrive in north London off the back of a 2-1 win over Leicester City which has taken them up to ninth in the table while Theo Walcott is set to feature against Arsenal just two weeks after leaving the club.

Aubameyang trained with his team mates today but has been suffering from a virus this week so the Gabon international isn’t likely to be handed his first start tomorrow. A place on the bench is the best he can hope for.

Jack Wilshere is expected to be back in contention after recovering from illness while Henrikh Mkhitaryan is set to make his full debut after making a 15 minute cameo off the bench in midweek.

However, Danny Welbeck is still recovering from a muscle injury so he remains on the sidelines along with Santi Cazorla.

Everton could bring deadline day signing Eliaquim Mangala straight in to their squad following his loan move from Man City but Seamus Coleman is unlikely to be risked after playing his first 90 minutes in 11 months in midweek. 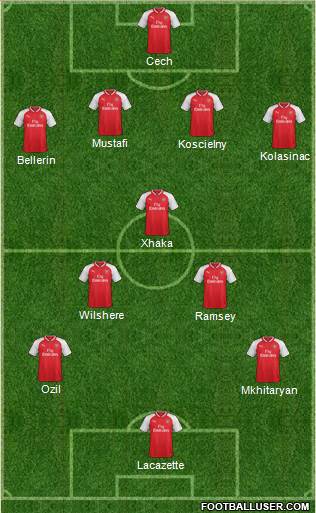 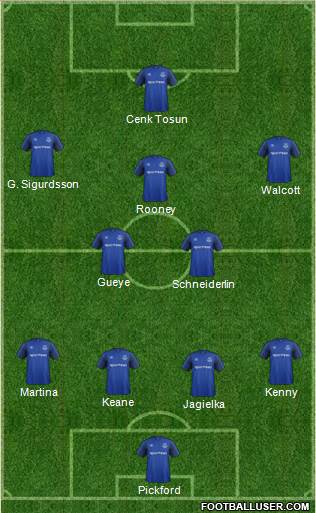 Arsenal 2-1 Everton: The Gunners have an excellent home record against Everton having not lost any of our last 23 meetings in all competitions and we’ve been strong at the Emirates this season. We have to cut out the basic mistakes that have cost us countless points this season but I’m confident the lads will bounce back from Tuesday night with a win.

Arsenal are the 3/10 favourites to win this game with the bookmakers but we can get new customers enhanced odds of 25/1 on the Gunners – just click here to take advantage of these incredible odds [winning paid in free bets, max stake £1, T&C’s apply].