The transfer window is closed but managers are working hard on their plans for the summer so we’ll bring you all the latest gossip from around the globe. Today, Liverpool have joined the chase to sign Ivan Rakitic… 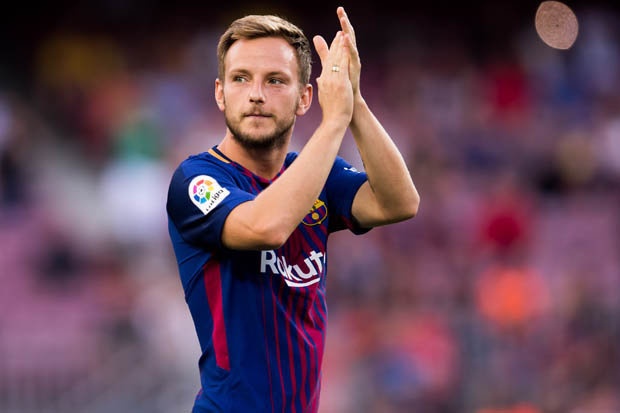 Liverpool are ready to try and hijack Manchester United’s attempts to sign Ivan Rakitic with the midfielder considering his future at Barcelona, according to a report by TeamTalk.

Rakitic developed in to one of the best midfielders in Spain during his three-year spell at Sevilla where he lifted the Europa League before earning a move to Barcelona in the summer of 2014.

The Croatian international has continued to forge his reputation during his time at the Nou Camp as he’s helped the Catalans win a whole host of honours including 2 La Liga titles and the Champions League.

The 29-year-old is currently a regular in Ernesto Valverde’s starting eleven, however, there is speculation suggesting he could see himself fall down the pecking order next season.

TeamTalk claim that Barca are expected to sign Antoine Griezmann which will see Philippe Coutinho drop in to a deeper midfield role while the impending arrival of Arthur will also add more competition for Rakitic in the middle of the park.

The report cites Don Balon as saying that the Croatian star is already contemplating his future and is ready to push for a move to England if Griezmann and Arthur both arrive in the summer.

The Mirror reported over the weekend that Man Utd have identified Rakitic as a key target as Jose Mourinho looks to strengthen his midfield options with Michael Carrick set to retire and Marouane Fellaini out of contract in June.

However, it looks like United face stiff competition as the Spanish publication claims that Liverpool are now ready to try and hijack their rivals by preparing a big offer for Rakitic themselves.

Jurgen Klopp is in the market for another central midfielder with Emre Can tipped to join Juventus when his deal runs out and it looks like the Reds boss is hoping to pair Rakitic alongside Naby Keita in a new look midfield next season.

We’ll have to wait and see how things develop over the coming months but I think Rakitic would be an excellent signing if Liverpool or United were able to land the Croatian star this summer.