Arsenal and Chelsea are in talks with Bryan Cristante’s representatives about a potential move to London from Atalanta this summer, according to Sky Sports

The transfer window may be closed but managers are working hard on their plans for the summer so we’ll bring you all the latest gossip from around the globe. Today, Arsenal and Chelsea are linked with Bryan Cristante… 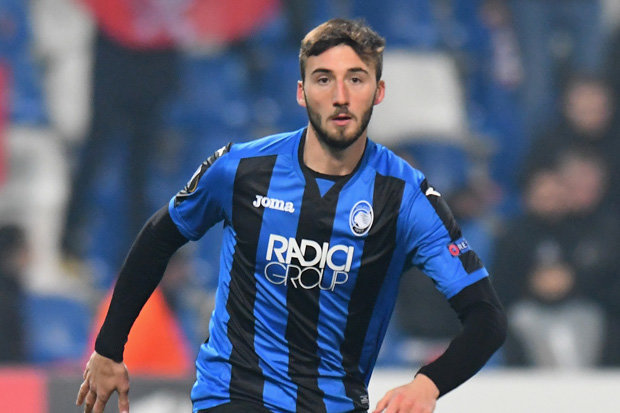 Arsenal and Chelsea are in talks with Bryan Cristante’s representatives about a potential move to London from Atalanta this summer, according to Sky Sports via TeamTalk.

Cristante came through the AC Milan youth set-up before joining Benfica in 2014 but he’s played just 7 games for the Portuguese giants having been shipped out on loan for the past two seasons.

The 23-year-old is currently enjoying an excellent spell on loan with Atalanta where he’s scored 12 goals in 41 appearances in all competitions so far this campaign.

That impressive form has caught the attention of clubs here in the Premier League as Sky Sports are claiming that Arsenal and Chelsea have held talks with Cristante’s representatives about a potential move to London.

It’s said in the report that the midfielder is keen on playing in England so a switch to the Premier League could be on the cards – although the London duo will have to fight off rival interest from Borussia Dortmund.

Arsenal are expected to be busy in the transfer market this summer and a new central midfielder could be on the agenda as Jack Wilshere is set to leave when his contract expires in June having failed to agree terms over an extension.

Chelsea are also being tipped to strengthen their options in the middle of the park as Tiemoue Bakayoko has been inconsistent since arriving from Monaco while Danny Drinkwater could leave after failing to secure regular football.

Cristante is seemingly on their radar but Atalanta have the option to make his loan move permanent this summer and the Serie A outfit are fully expected to activate that clause. However, TeamTalk suggest the Italians are ready to cash-in to turn a quick profit with Cristante valued at around £26.3m.

We’ll have to wait and see whether Arsenal or Chelsea will be prepared to pay that kind of money for the Italian international but Cristante looks to have a big future ahead of him and I think he’d be a solid addition to either squad.