The summer transfer window is open and managers are working hard on their transfer targets so we’ll bring you all the latest gossip from around the globe. Today, Mario Gotze is linked with Liverpool…. 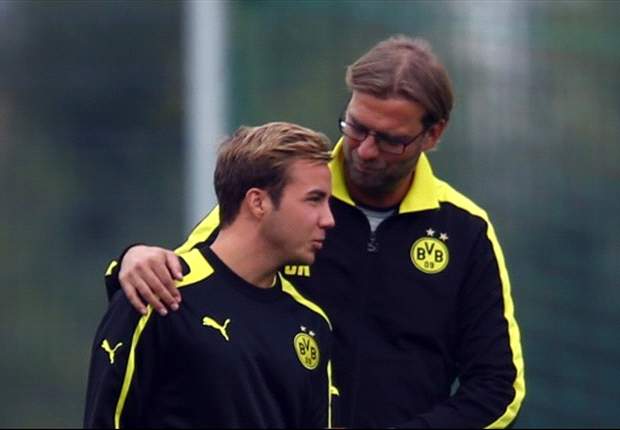 Mario Gotze has opened the door to joining Liverpool after saying it’s ‘always an option’ to link-up with former boss Jurgen Klopp at Anfield, according to a report by TeamTalk.

Gotze came through the youth ranks at Borussia Dortmund and was a key part of Klopp’s starting eleven that won two Bundesliga titles in 2011 and 2012 while they also reached the final of the Champions League the following season.

The German international – who scored the winner in the 2014 World Cup final – has now open the door to a surprise move to Liverpool after admitting he would love to work under Klopp again.

Gotze said he was tempted to join Liverpool when Klopp tried to take him to Anfield two years ago and claimed that he’s still keen to link-up with his former boss, describing it as ‘always an option’.

The midfielder is quoted by TeamTalk as saying:

“I decided to leave Bayern and Jurgen Klopp was interested in getting me to Liverpool. And I was also interested in working with him again,”

“It’s still existing. He is a world-class coach and that’s why it’s always an option.”

Klopp is in the market for an attacking midfielder this summer as he still hasn’t replaced Philippe Coutinho following his move to Barcelona during the January transfer window.

The Reds have seen a potential move for Nabil Fekir stall so Klopp could be tempted to renew his interest in signing Gotze if they fail to get a deal over the line for the Lyon playmaker.

The German star is predominantly a central attacking midfielder but he’s also capable of playing out wide or even as a ‘false 9’ up front so his versatility would no doubt appeal to Liverpool.