Agent Due In London For Talks As Arsenal Plot £17.5m Swoop For South American Star

Arsenal are due to hold talks with Ever Banega’s agent over a potential deal to sign the £17.5m-rated Sevilla midfielder this summer

The summer transfer window is open and managers are working hard on their transfer targets so we’ll bring you all the latest gossip from around the globe. Today, Arsenal are linked with Ever Banega… 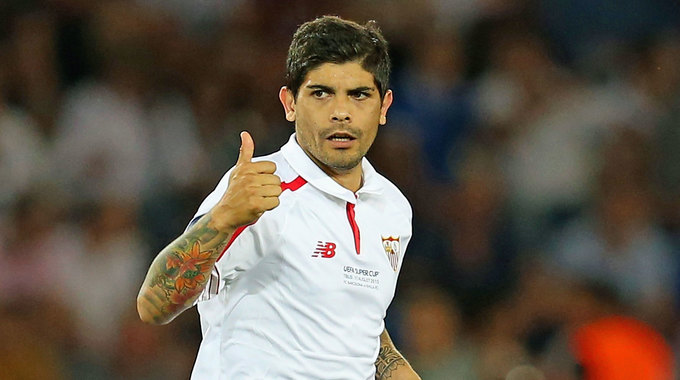 Arsenal are due to hold talks with Ever Banega’s agent over a potential deal to sign the £17.5m-rated Sevilla midfielder this summer, according to a report in the Mirror.

Unai Emery has already wrapped-up deals to sign right-back Stephan Lichtsteiner on a free transfer from Juventus, goalkeeper Bernd Leno has arrived from Bayer Leverkusen while a deal for Borussia Dortmund centre-back Sokratis Papastathopoulos is expected to be confirmed at the start of July.

The new Arsenal head coach is also desperate to strengthen our midfield and Lucas Torreira is reportedly on the verge of arriving from Sampdoria but with Santi Cazorla and Jack Wilshere leaving this summer, Emery could be on the look out for two central midfielders and Banega has emerged as a target.

The Mirror are citing a report from Spain that claims Arsenal chiefs have been in contact with the South American star’s agent and further talks are expected to take place this week over a potential move to north London.

TeamTalk also claim that Banega’s agent, Marcelo Simonian, is due to arrive in London before the end of the week to hold transfer talks with Arsenal so it looks like we could be closing in on another top signing.

The Argentinean international has been with Sevilla since returning to the club last summer having previously enjoyed two excellent years in Spain where he won consecutive Europa League’s under Emery.

It seems the Arsenal boss is hoping for a reunion in north London this summer and journalist Kike Marin says Banega’s release clause is set at £17.5m [€20m] so he certainly wouldn’t break the bank if we do get a deal agreed.

However, any potential transfer may have to wait a few weeks as the 29-year-old is currently in Russia representing his country at the World Cup so we may have to wait until Argentina exit the tournament before completing any deal to sign Banega.