The summer transfer window is open and managers are working hard on their transfer targets so we’ll bring you all the latest gossip from around the globe. Today, Man Utd are linked with Kylian Mbappe… 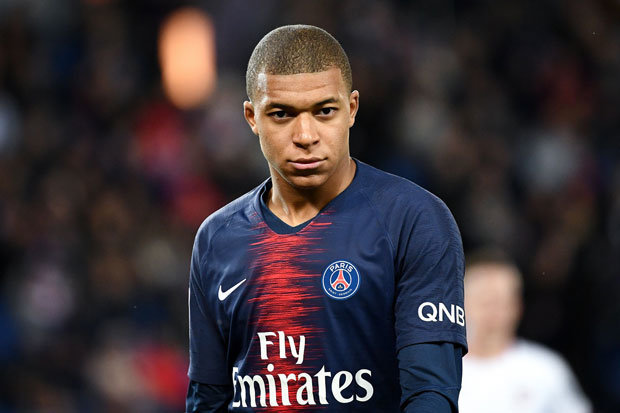 Manchester United have made contact with Kylian Mbappe’s agent to express their interest in signing the £166m Paris Saint-Germain forward this summer, according to the Mirror.

Mbappe came through the youth ranks at Monaco before bursting on to the scene as one of the hottest young talents in world football after scoring 26 goals to help win the Ligue 1 title in 2017. His potential attracted interest from a host of top European clubs but PSG won the race after signing Mbappe on an initial one-year loan ahead of a £166m permanent move this summer.

The 19-year-old enjoyed another impressive campaign at the Parc des Prince as he provided 21 goals and 16 assists in all competitions alongside Neymar and Edinson Cavani to fire PSG to the domestic treble and earn a place in Didier Deschamps’ French World Cup squad.

However, despite only being with PSG for 12 months, Mbappe is already being linked with a move away from the club and the Mirror claim that Man Utd are hoping to beat rivals Man City to a sensational deal this summer.

The newspaper says United have already made contact with Mbappe’s representatives to express their interest in signing the forward and are ready to offer Anthony Martial as bait in a stunning player-plus-cash swap deal.

Martial has struggled to make an impact under Jose Mourinho and his agent Philippe Lamboley recently confirmed the attacker is ready to leave Old Trafford after only making 4 Premier League starts following Alexis Sanchez’s arrival in January.

United are prepared to let the French international leave but only if they get big money as the Mirror claim that the Red Devils value Martial at around £80m so that would significantly lower the financial outlay needed to land Mbappe.

Mourinho knows he needs to bring in a big name replacement if he’s to let Martial leave and it would be a stunning coup if they could lure Mbappe to Manchester as part of the deal but it seems they’ll face stiff competition from City – who’re also interested in the French forward.