The summer transfer window is in full swing and managers are working hard on their transfer targets so we’ll bring you all the latest gossip from around the globe. Today, Liverpool have reportedly made bids for Domagoj Vida and Jasper Cillessen….

First up and according to the Mirror, Liverpool have tabled an improved £20m bid to sign Besiktas centre-back Domagoj Vida as Jurgen Klopp looks to strengthen his options at the back.

Klopp has signed two central midfielders and a winger so far this summer but the Reds boss is expected to turn his attention to reinforcing his defence with a new centre-back believed to be a priority.

Vida has emerged as a potential target in recent weeks with widespread reports suggesting Liverpool have been in negotiations with Besiktas over a deal to sign the Croatian international.

It looks like the Merseysiders have stepped-up their interest as the Mirror claim they’ve submitted an improved £20m offer for Vida but it still falls short of Besiktas’s £30m valuation.

We’ll have to wait and see whether Liverpool are prepared to meet that asking price but Vida enjoyed an excellent World Cup after helping his country reach their first ever final before Sunday’s 4-2 defeat to France.

The newspaper says the likes of Atletico Madrid, Sevilla and Everton are also showing a keen interest in signing the 29-year-old so you can understand why Besiktas are demanding big money for the defender.

A spokesman for the Turkish club has confirmed offers have been put on the table which are being considered but they are yet to make a decision over whether to cash-in. The spokesman is quoted as saying by the Mirror:

“We have received offers for Vida and we are considering them but that does not mean he will definitely leave.

“Every player has a price, we will make a final decision in accordance with our budget and interests.”

Vida only moved to Turkey in January following a five-year spell at Dinamo Kiev but it looks like Liverpool are trying to lure him to Anfield as they look to find a reliable partner for Virgil van Dijk. 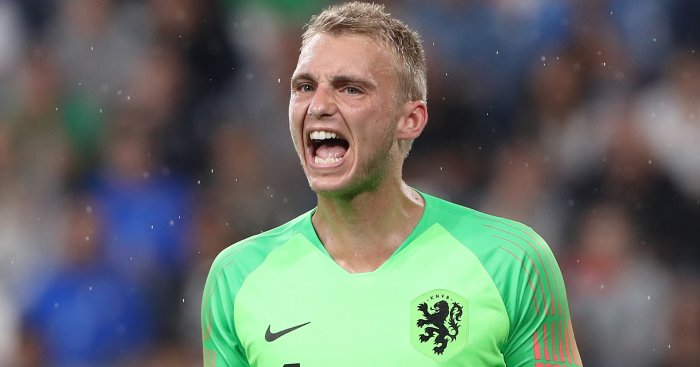 Next up and TeamTalk are citing a report from France that claims Liverpool have also submitted an offer for Barcelona goalkeeper Jasper Cillessen as Klopp looks to resolve his woes between the sticks.

Loris Karius is expected to be given the chop after making two costly mistakes during the Champions League final defeat to Real Madrid and he continued his questionable form with another gaff against Tranmere last week.

Liverpool have been strongly linked with Alisson Becker but with Roma demanding huge money for the Brazilian international it looks like Klopp is on the look out for cheaper alternatives.

Cillessen has been touted as a potential target and TeamTalk are quoting Canal+ journalist Romain Collet-Gaudin as saying that Liverpool have now made a firm offer for the Barca keeper.

The reporter doesn’t provide any details about the offer but TeamTalk does say that Cillessen has a release clause in his contract worth £53m – although Barca could be ready to cash-in at a lower price this summer.

Cillessen made his name during an excellent spell at Ajax but has struggled to establish himself at the Nou Camp so the 29-year-old could be tempted by a fresh start at Anfield if he’s promised regular first team football.

We’ll have to wait and see how things progress after Liverpool reportedly made two offers for Vida and Cillessen but it remains to be seen whether they’ll be able to get deals agreed for the £83m-rated duo.