Alisson Becker has completed his world record £65m move to Liverpool from AS Roma this evening – as confirmed on Liverpoolfc.com.

The summer transfer window is in full swing and managers are working hard on their transfer targets so we’ll bring you all the latest gossip from around the globe. Today, Alisson Becker completes his move to Liverpool…. Alisson Becker has completed his world record £65m move to Liverpool from AS Roma this evening – as confirmed on Liverpoolfc.com.

The Brazilian international has been strongly linked with a move to Anfield throughout the summer after Jurgen Klopp identified him as his key transfer target as the Red boss looked to bring in a new number one having lost faith in Loris Karius.

The German keeper is facing an uncertain future after making two costly errors during the Champions League final defeat to Real Madrid while Simon Mignolet has also fallen out-of-favour so Klopp has been on the market for a reliable stopper.

After weeks of speculation, Liverpool finally found a breakthrough in negotiations with Roma earlier this week and Alisson cut short his holiday in Sardinia to travel to Merseyside and undergo his medical on Thursday morning.

The 25-year-old completed the formalities after agreeing terms over a long-term contract and Liverpool have now confirmed on their official website that Alisson has joined the club from Roma.

“I’m really happy, it’s a dream come true to wear such a prestigious shirt for a club of this size that is used to always winning.

“In terms of my life and my career, it’s a huge step for me being part of this club and this family. You can be certain that I’ll give my all.” 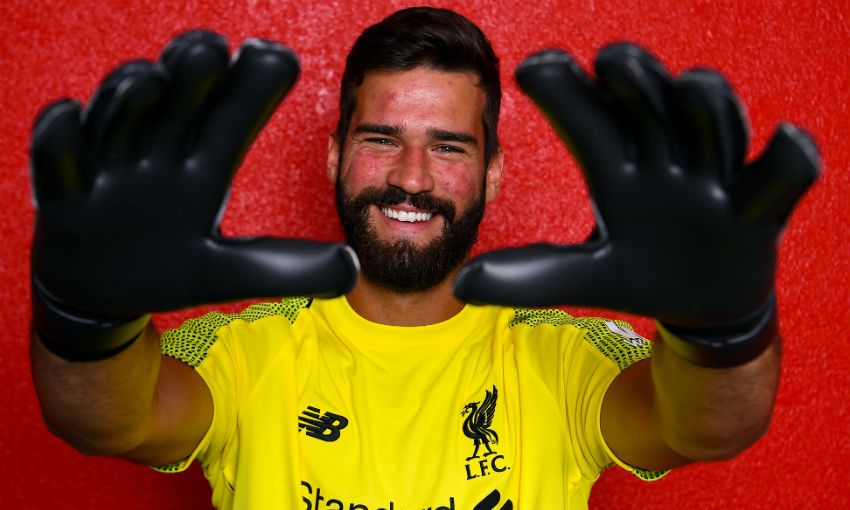 The precise fee hasn’t been disclosed but the Guardian are one of several media outlets claiming that Liverpool have paid an initial £56m up front with a further £9m coming in add ons based on Premier League and European success.

The total £65m deal smashes the previous world record for a goalkeeper and Alisson becomes Liverpool’s fourth major signing of the summer following the arrivals of Xhedran Shaqiri, Naby Keita and Fabinho.

To make room for Alisson, Danny Ward is set to join Leicester City while Karius or Mignolet are expected to follow him out the exit door before the close of the window next month.

Here are more photos of Alisson after completing his move: 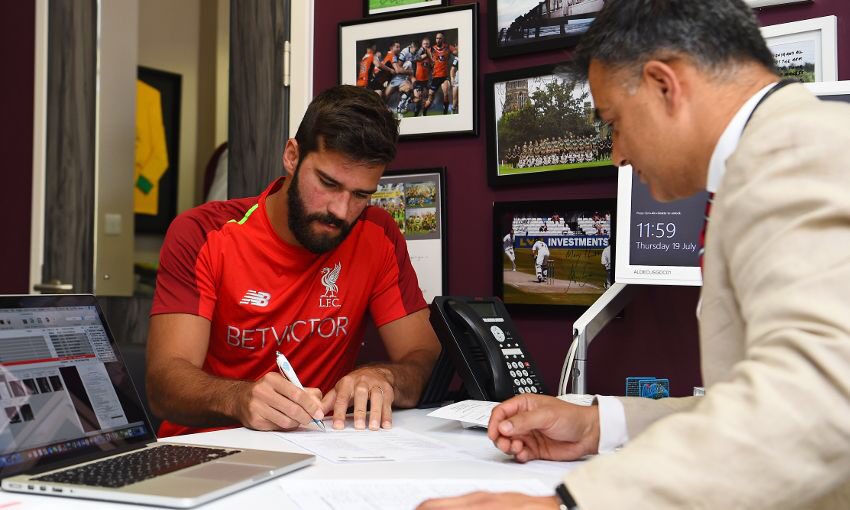 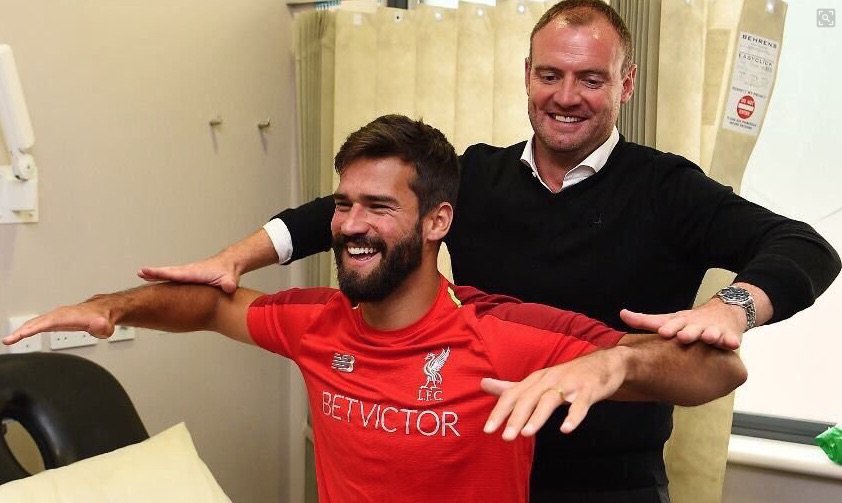 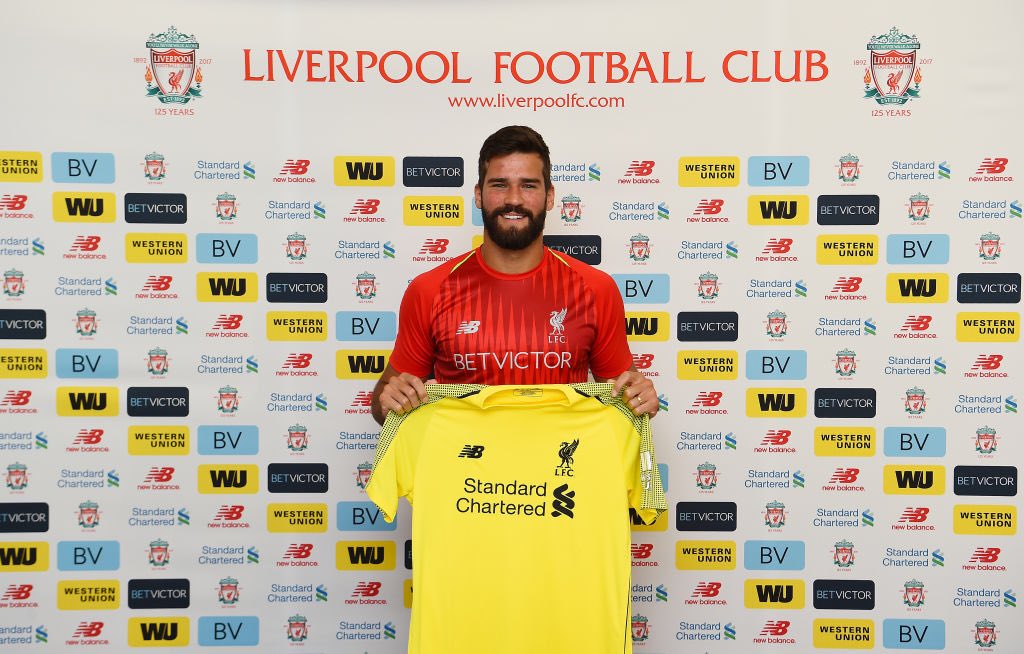