Liverpool, Tottenham, Man Utd and Man City know their fate after the draw for the group stages of the Champions League was conducted this evening.

Liverpool, Tottenham, Manchester United and Manchester City know their fate after the draw for the group stages of the Champions League was conducted this evening.

City were seeded in Pot 1 after storming to the Premier League title last season and Pep Guardiola will be looking to transfer that form to Europe this campaign after being knocked out by Liverpool at the quarter-final stage last season. The Citizens have been drawn to face Shakhtar Donetsk, Lyon and Hoffenheim in Group F.

Liverpool will be looking to go one better this season after losing 3-1 to Real Madrid in last years final but they’ll have to do it the hard way after being drawn in a tough Group C along with Paris Saint-Germain, Napoli and Red Star Belgrade.

Man Utd were in Pot 2 despite their disappointing last-16 exit to Sevilla last season and Jose Mourinho will now pit himself against Cristiano Ronaldo’s Juventus as well as Valencia and Young Boys after being drawn in Group H.

Tottenham were also in Pot 2 after finishing third in the Premier League table last season and Mauricio Pochettino will be keen to make up for last seasons disappointing last-16 exit to Juventus. The north Londoners have been given a tough task after being drawn in Group B alongside Spanish giants Barcelona, PSV Eindhoven and Inter Milan.

Man City and Man Utd should be confident of progressing to the knockout stages of the competition but Liverpool and Tottenham face a tough time after being handed difficult groups in today’s draw. 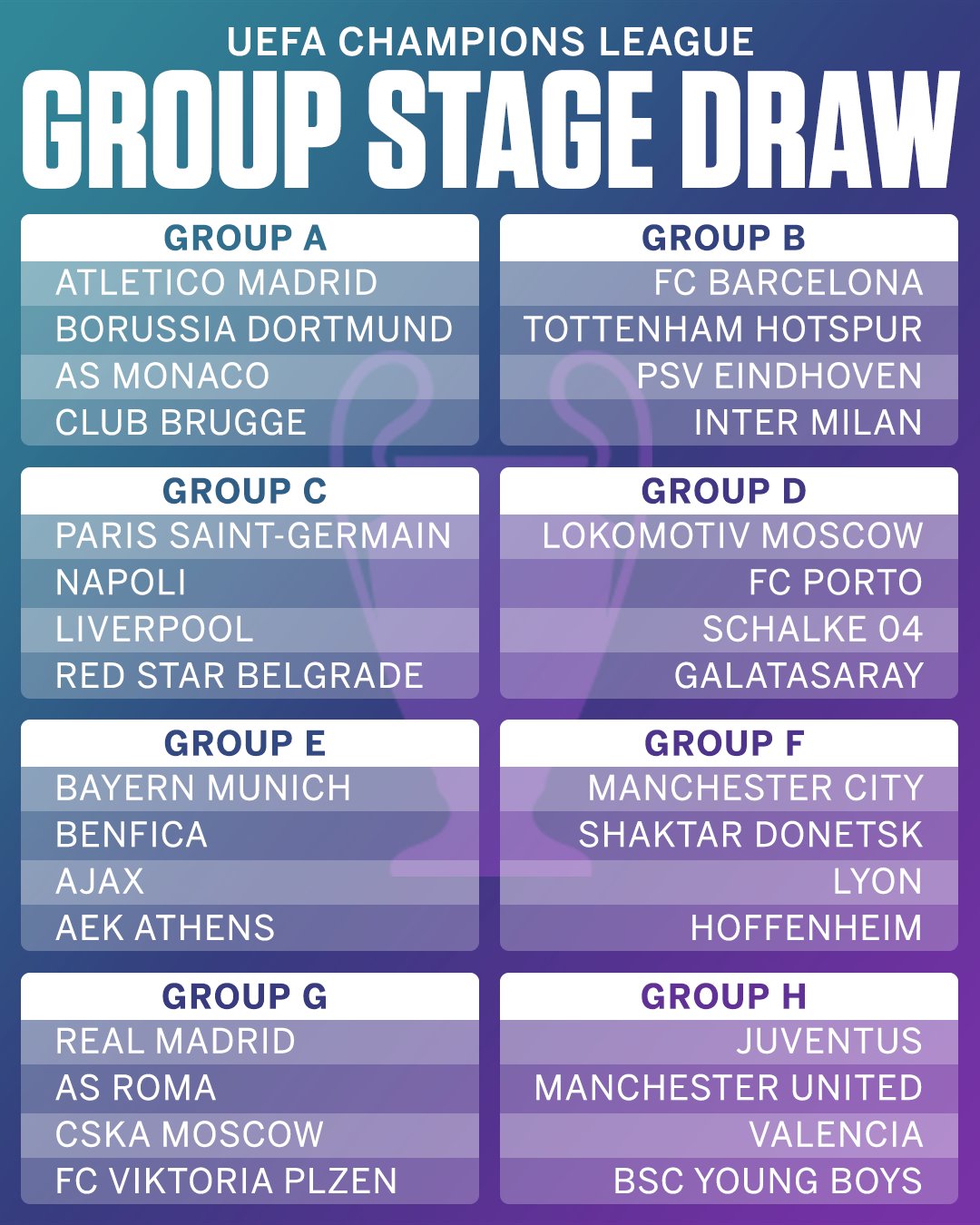