Liverpool’s Champions League hopes have been dealt a huge blow after they lost 2-0 to Red Star Belgrade in Serbia this evening. Watch the goals 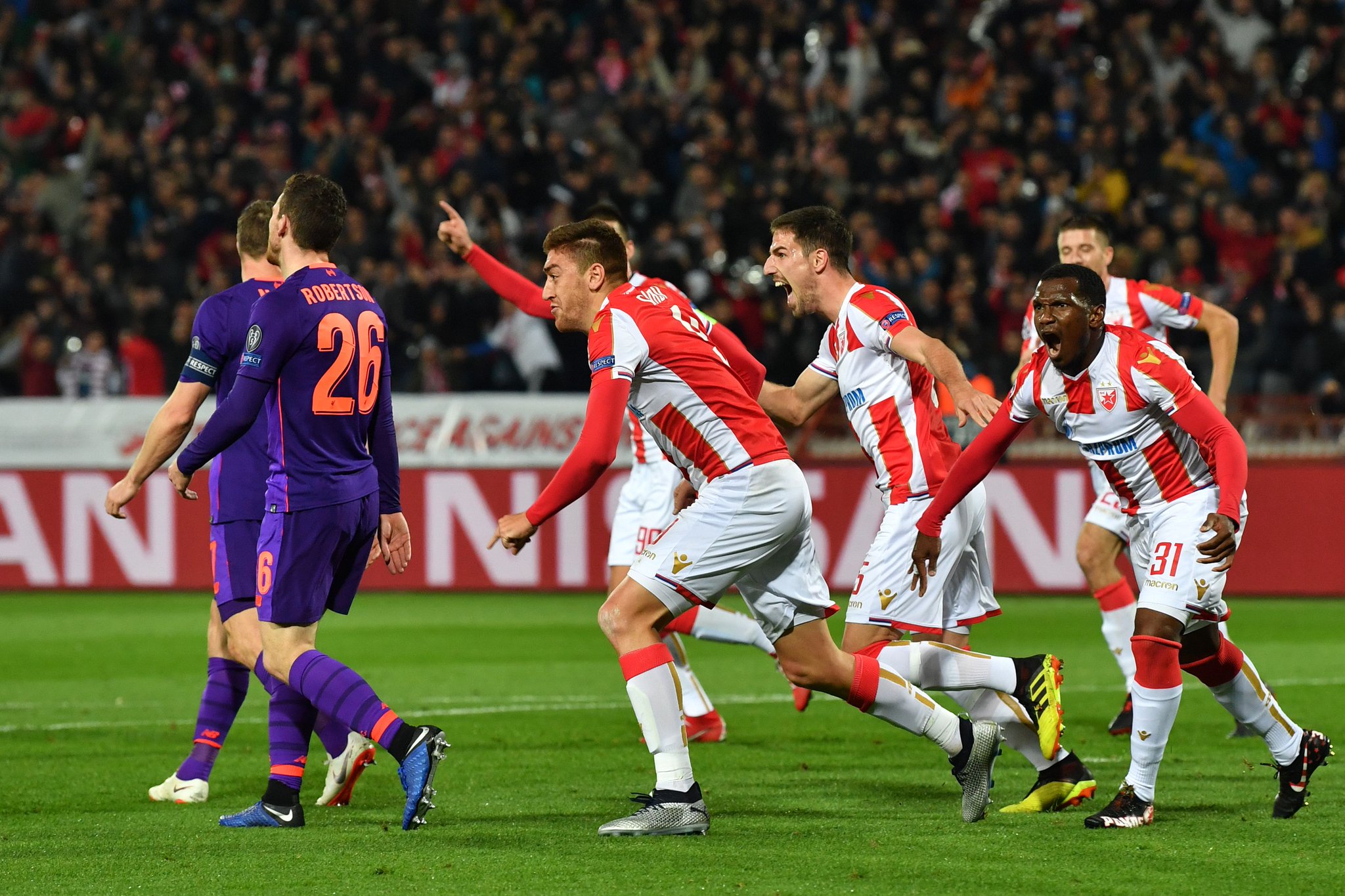 Liverpool’s Champions League hopes have been dealt a huge blow after they lost 2-0 to Red Star Belgrade in Serbia this evening.

It was a nightmare start for Liverpool as they struggled to get going and Red Star opened the scoring midway through the first half as Milan Pavkov powered home a header from a 22nd minute corner.

The hosts were rampant and with Liverpool still trying to recover from going a goal behind, Red Star doubled their lead in style as Pavkov slammed home a superb effort from 20 yards to make it 2-0 in the 29th minute. Replay’s showed Alisson could perhaps have done more to keep it out.

The Reds came close to reducing the deficit early in the second half when Andrew Robertson’s deflected cross hit the bar while Mohamed Salah also struck the post following a corner in the 70th minute but it remained 2-0.

Jurgen Klopp’s side couldn’t find a way back in to the game so they slumped to a hugely disappointing 2-0 defeat that is a severe dent to their hopes of qualifying for the knockout stages of the Champions League.