Some fans have heaped praise on Ander Herrera for his performance during Manchester United’s dramatic 2-1 win over Juventus on Wednesday night. 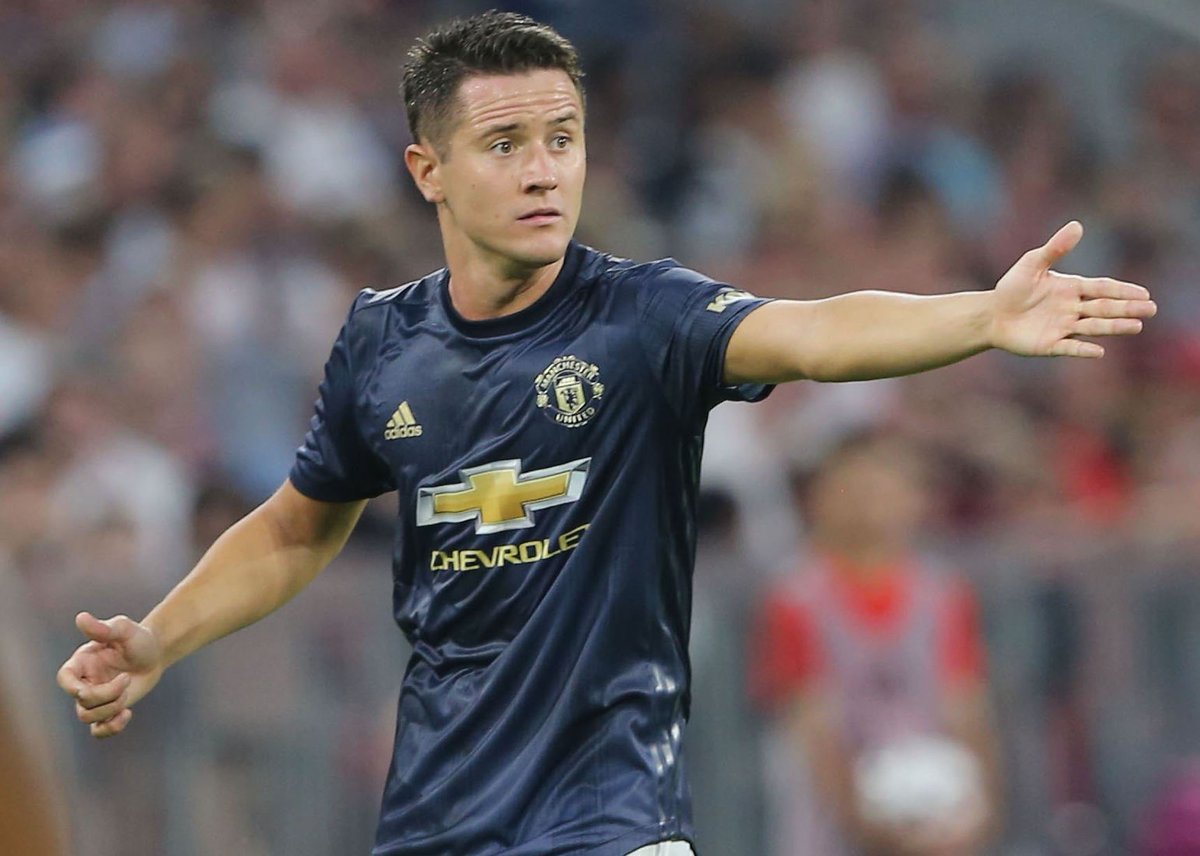 Some fans have taken to social media to heap praise on Ander Herrera for his performance during Manchester United’s dramatic 2-1 win over Juventus on Wednesday night.

United looked to be heading for a costly defeat in Turin that would have left their hopes of progressing to the knockout stages of the Champions League hanging in the balance after Cristiano Ronaldo opened the scoring with a stunning volley midway through the second half.

However, Juan Mata came off the bench to score a superb equaliser as he curled home an 86th minute free-kick to make it 1-1 before United bundled the ball home at the far post minutes later to secure a famous win thanks to an Alex Sandro own goal.

The victory means United are just two points behind Juventus in the group table with two games left to play so it was a huge victory for the Manchester giants and some fans were impressed by one player in particular.

Jose Mourinho decided to recall Herrera to the starting eleven last night and his decision paid off as he put in an industrious performance in the middle of the park with the Spaniard making a number of tackles and interceptions to disrupt Juve’s rhythm.

Some fans have described Herrera’s display as ‘phenomenal’, ‘superb’ and ‘world class’ while some supporters labelled the midfielder an ‘absolute beast’ who is pushing Paul Pogba and Nemanja Matic for a regular place in the team.

It’s certainly been a frustration season for Herrera so far as that was his first start in the Champions League and he’s only been chosen by Mourinho to start just 1 Premier League game so far this campaign.

However, last night’s performance against Juventus should have given Mourinho food for thought and we should see the Spaniard getting more regular first team football from now on.

Check out what some fans have been saying about Herrera’s display:

Herrera is an absolute beast who players for the name on the front whiteout any hesitation. But hate seeing him benched and going through cold periods at united while he could be a star else where https://t.co/3wCmdImBvE

Pogba needs to stop feeling/looking sorry for himself or he won’t get back in the team.

Herrera and Lindelof in particular were both phenomenal today!

Matic should be off instead of Herrera. Amazing display by Ander. No compromise. Now need that magic touch from Fellaini. #MUFC

I just love Ander Herrera and the dynamism he brings to the game.

Herrera is a beast ??

Fans favourite for a reason….

How is Herrera off he has been class but pogba stays on?

Matic is a waste of time for me. No legs to get about the pitch. Herrera was class against Juve.

Ander Herrera's touches vs #Juve;@AnderHerrera played a blinder today ? Defensively solid and almost perfect in everything he did today. 96% pass accuracy, 6 ball recoveries and 4 tackles…