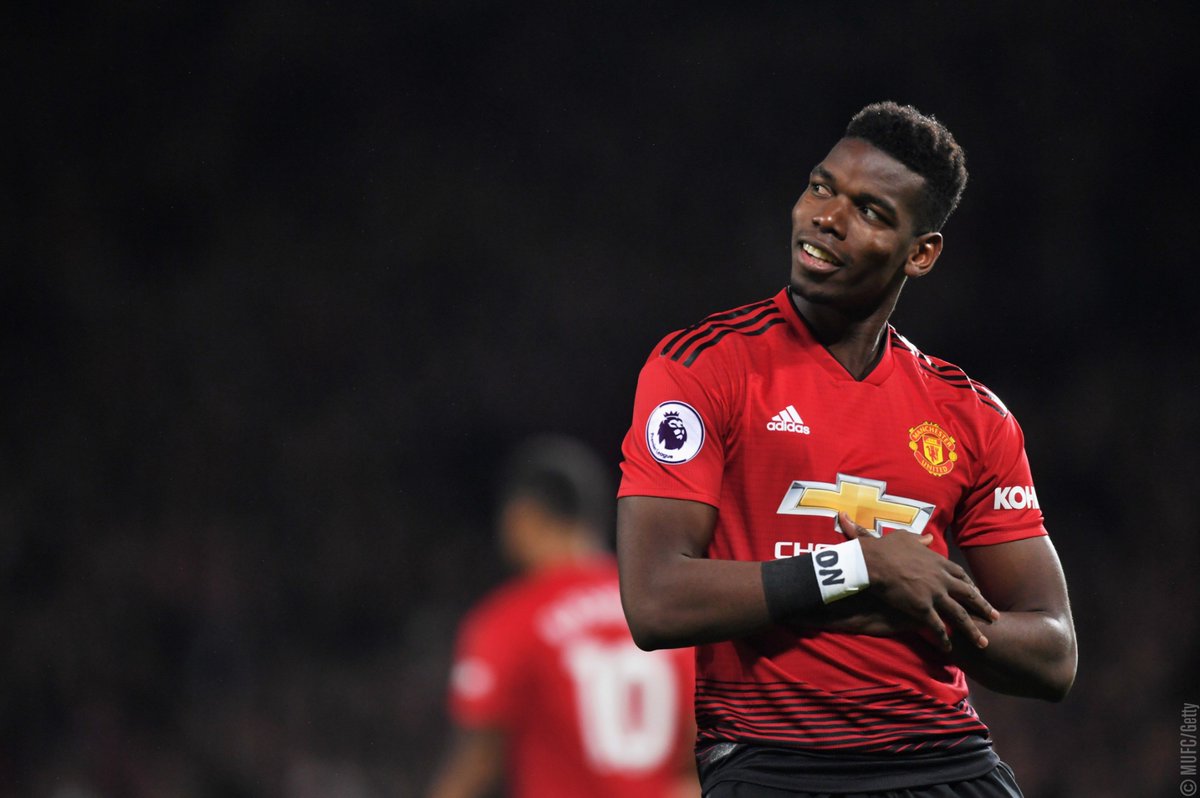 United opened the scoring inside the first five minutes as Pogba tapped home from close range from a pin-point Marcus Rashford cross following a sensational piece of skill from the 21-year-old down the right hand touchline.

Pogba then doubled United’s advantage midway through the first half as he rose to head home from 8 yards to make it 2-0 following a wonderful delivery from Ander Herrera.

The hosts were rampant and they made it 3-0 shortly before half-time when Rashford got the goal his performance deserved as he volleyed home from a superb Anthony Martial cross. However, Bournemouth pulled one back in first half stoppage time when Nathan Ake headed home to make it 3-1 at the break.

Romelu Lukaku then came on in the 70th minute and it took the Belgian international less than 2 minutes to get on the scoresheet as he made it 4-1 after slotting past Asmir Begovic in the 72nd minute.

Man Utd were reduced to 10-men when Eric Bailly was sent off for a nasty lunge but the hosts held out to make it three wins on the bounce for Ole Gunnar Solskjaer and move them back to within 8 points of the top four.