Why Online Casinos are investing heavily in football sponsorship

In this article, we have worked with the best football sponsorship experts and with the best online casinos review sites to analyse this upcoming trend. 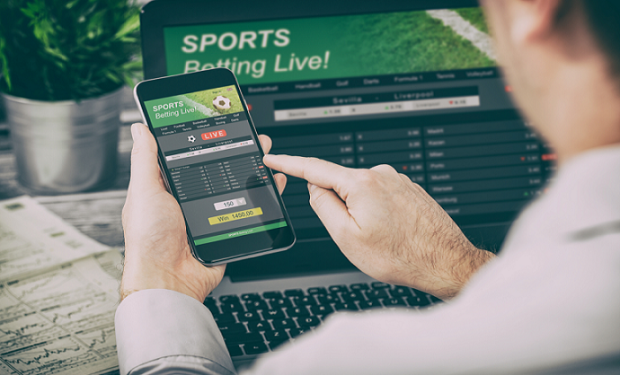 Without doubt entertainment is one of those industries where margins are the highest for operators. Every single day, people are investing money on sports, gaming and vacations. While some of those activities take place in the real world, others, like playing at online casinos are virtual and possible through the web. One thing they have in common: they are entertaining and people are willing to pay a lot of money to add some excitement to their lives.

These days football players are not just sportsmen but are celebrities in their own right. As such, they attract lots sponsorship deals. In the last decade, we’ve seen a long list of football players that have significantly cashed in. Zlatan Ibrahimovic is one of the latest in the list to have announced a sponsorship deal with Swedish betting operator Bethard. Thanks to this agreement the former Swedish captain will earn an additional 10 million.

Everton for example recently decided to sign a shirt sponsorship deal with SportPesa that is reportedly worth £75m. Bwin has also been a protagonist in this arena having closed massive sponsorship deals with teams of the calibre of AC Milan, Real Madrid and Manchester United.

But what is the reason that online casino brands are so determined to spend millions of pounds in football sponsorships?

One of the main reasons is that being associated with major football clubs and players give casino operators a boost in credibility. Let’s not forget that the majority of those brands only exist in the ‘virtual’ space and do not have a proper presence with betting shops. When customers see that they are sponsoring a trusted football club they feel reassured about those online brands. They are therefore more inclined to trust them with their money: if they are spending millions of pounds in sponsorship surely they will not be looking to walk away and scam members.

But what are the downsides of having so many online casinos and betting companies deeply involved in football?

SkyBet, for example, are sponsoring all three of the EFL’s divisions and the situation in the Championship is not better with more and more deals closed by gambling operators. This trend has raised concerns with gambling charities.

Professor Jim Orford from Gambling Watch UK has said: ‘There is clear evidence that gambling is getting more and more normalised especially among young people. Increasing betting and gambling is seen as part of supporting their favourite football teams.’

The Gambling Commission has also provided some recent stats that indicates that there are around 430,000 problem gamblers in the UK and there are an additional 2 million that are at serious risk of developing the issue.

Orford also said that the strong link between gambling companies and football is problematic because it is very pervasive. This can also be seen in what he called a ‘grey area of social media gambling’. Orford said that the gambling regulation in the UK is too liberal and this means gambling is running out of control in Britain.

The concerns were shared by Marc Etches which is the chief executive of GambleAware: ‘I think we are reaching a tipping point in regards to the relationship between professional sports and gambling’. ‘Many fans have reached a point where they believe that they have to bet on football to be able to enjoy the sport. This is very disturbing. Watching football and placing bets and gamble online is becoming a very normalised activity which is spreading throughout younger generations.’

Etches said that he has been working with Crystal Palace to run a ‘safer gambling’ campaign towards the last game of the season. The Premier League didn’t answer the question about football getting too linked with the gambling industry: it is however understood that it is up to the clubs to decide which companies to deal with. The only rule is that gambling firms are not allowed to sponsor youth team shirts or replica shirts that are sold in children’s sizes. Also, professional players cannot bet on football on any matches.

The EFL has commented on gambling sponsorship and said that gambling firms are making a significant contribution to the financial sustainability of professional football at different levels. The EFL has also added though that ‘responsible gambling’ campaigns will continue to run to ensure that the right message is delivered to fans that they shouldn’t overdo and have to enjoy gambling responsibly.