Read our match preview ahead of Man Utd’s Champions League clash with Barcelona including team news, expected line-ups and prediction

Manchester United will be looking to secure a positive result from the first leg of their Champions League quarter-final with Barcelona at Old Trafford this evening.

United booked their place in the last-8 with a dramatic comeback against Paris Saint-Germain that saw Marcus Rashford score an injury-time penalty to secure a 3-1 away win and progress to the next phase on the away goals rule.

The Manchester giants were rewarded with a bumper tie against Barcelona after they eased past Lyon 5-1 on aggregate and Ole Gunnar Solskjaer knows this will be the toughest test since he arrived in the Old Trafford hot-seat.

Man Utd have had a week to prepare for the game having not played since losing 2-1 to Wolves last Tuesday night while Barca come into the match off the back of a 2-0 win over Atletico Madrid which took them 11 points clear at the top of the La Liga table.

United have been handed a boost as Marcus Rashford is fit after returning to training having missed the defeat at Wolves last week with an ankle injury. The England international could replace Romelu Lukaku up front tonight.

Nemanja Matic is also expected to return after overcoming a muscle problem but Eric Bailly and Antonio Valencia are out while Ander Herrera is also set to miss out with a knock.

Alexis Sanchez resumed full training yesterday after recovering from a knee injury but the Chilean attacker isn’t ready to return to the first team squad just yet.

Barcelona will hand a late fitness test to Ousmane Dembele as he’s hoping to recover from a hamstring injury but former Arsenal defender Thomas Vermaelen is ruled out. 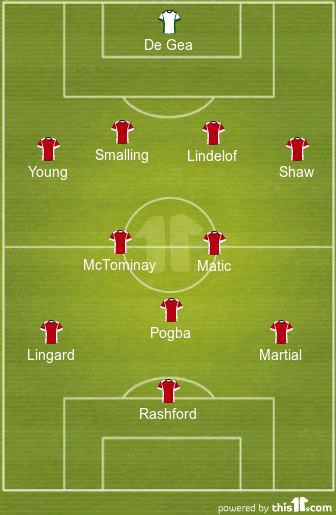 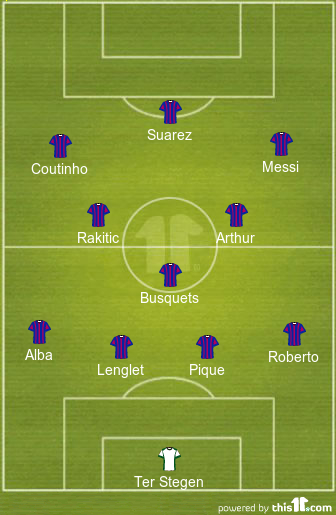 Man Utd 1-2 Barcelona: The last two meetings between the two clubs came in the 2009 and 2011 finals when Barcelona came out on top on both occasions both United won the last two-legged tie after knocking the Catalans out in the 2008 semi-finals. Man Utd have never lost a home Champions League game against Barca but they know that record will come under serious threat tonight.

I do think United will put up a good fight but it’s difficult to see them stopping the Spaniard’s scoring at least one away goal. Lionel Messi is the obvious threat as he’s scored 43 goals in 40 games this season but Luis Suarez has also netted seven goals in his last nine games so with that kind of firepower, I expect Barca to edge it.