Why is the EFL Championship one of the most Underrated Leagues in the World?

A look at why the EFL Championship remains one of the most overlooked and underrated leagues in the world.

Though seen as boasting the most lucrative promotion playoff final in existence, and infamous for what is a 49-game schedule for two teams every year, the EFL Championship remains one of the most overlooked and underrated leagues in the world.

Every year arguments arise involving the arduous task of promotion from the fabled EFL Championship, and a ream of pundits will say that the second tier is a difficult league to rise from. Whether or not it is underrated is a matter of opinion, but in recent years, it has certainly been ill-advised for anyone – fan, coach or player – to underestimate English football’s second tier.

This decade alone, Wolves and Sunderland have both suffered the indignity of back-to-back relegation’s. Wigan also took a similarly quick dive, despite surviving their first season back in the wilderness, after their most recent Premier League demotion in 2013.

With Leeds United being perhaps the most infamous example, several other respected clubs have also dropped into the third tier since last being relegated from the Premier League. Ipswich Town, who are founder members of said league, are the most recent victims of the Championship’s uncompromising nature, with the Tractor Boys having held their own in the second tier since leaving the Premier League in 2002.

Preparing for another gruelling promotion playoff, Leeds United are perhaps the original case study in how big budgets can often misfire. In more recent years, the competitive nature of the Championship has been redoubled by the advent of ‘parachute payments’, awarded to clubs every season for three years after being relegated from the Premier League.

This has undoubtedly ramped up the pressure on certain clubs, especially those who use parachute payments to invest heavily in the transfer market, rather than rely on the strength and hunger of fringe players who did not depart after the relegation in question.

Aston Villa are a prime example, and the midland giants have undoubtedly felt the pressure more than most this season, investing much of their existing resources into squad building. However, the Birmingham club’s ‘parachute payments’ will come to a grinding halt should they fail to gain promotion this spring.

If Villa should fail in their quest, despite commanding a favourable price in sports spread betting stakes for the promotion playoffs, the need to sell players on large contracts at cut prices could become a burning issue, and this has led to disaster for other clubs in previous years.

Desperation, as occasionally reflected in the performances of expensive squads representing larger clubs, is a common by-product of high stakes created by big contracts. If such a team finds itself facing very ordinary opposition with less lofty ambitions, and a lack of relative quality, a scrappy game can often ensue.

The disparity in fitness levels between the top flight and the Championship, combined with the fact that regular Championship seasons are eight games longer than Premier League campaigns, is also a factor that affects the Championship’s overall quality, in terms of flair and pace.

Many native fans liken the current Championship to the early days of the Premier League, which was a mixture of the scrappy and the sublime, as the English game entered arguably its biggest ever ‘transitional period’ both on and off the pitch. 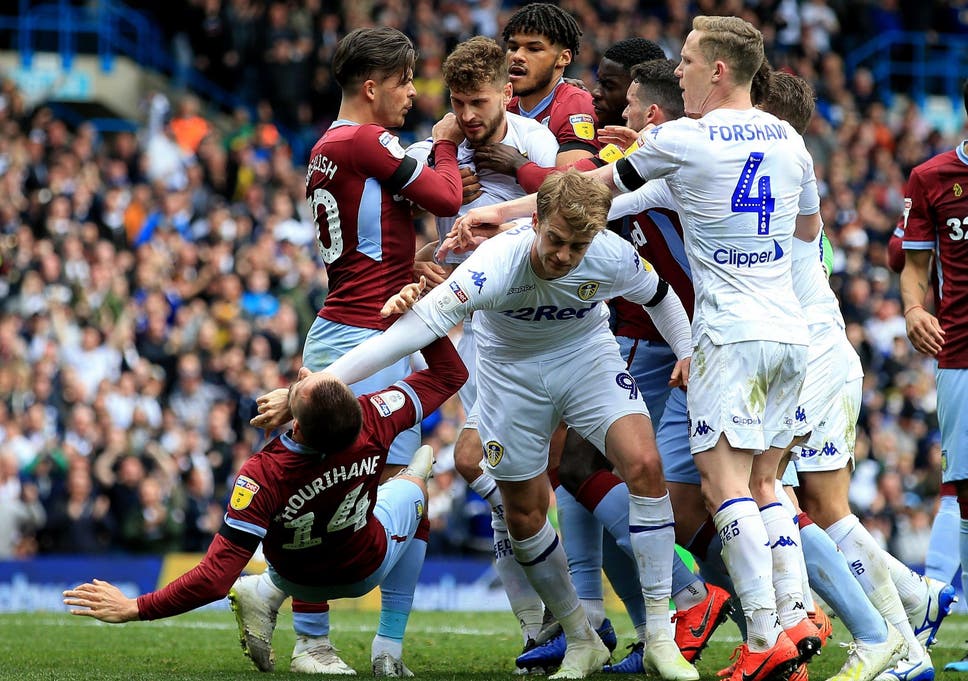 There is also a perception that lower-league players tend to simulate and dramatise much less than their top-flight counterparts, and though this is a very generalised belief, it is still one of the Championship’s few cornerstone attractions.

These days, the wider global audience will care little – if anything – for memories of Blackburn lifting the Premier League trophy at a sun-soaked Anfield, or the European odysseys of Leeds under David O’Leary.

In the end, money talks, and barring a total restructure of English football’s pyramid – and a more equal distribution of money amongst clubs – this is a situation that will last.

Talk of a future ‘Premier League Division Two’ in lieu of the Championship, often comes and goes. While this is seen as a potential solution to addressing the issue of English football’s second tier being underrated, it is ultimately the here and now which solely matters.

Furthermore, there is also no doubt that the expansion of any football club’s global presence is also reliant on the success of individual heroes from foreign shores.

With the competitive nature of the Championship rendering it most suitable to players reared under English footballing values, there seems to be very little opportunity to make the Championship the more global, and less underrated affair it could be.