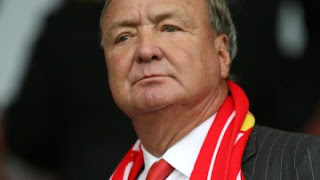 The High Court in London has today allowed Tom Hicks, former owner of Liverpool FC, to sue for damages against the club. However, he can only pursue his claim within the EU.

It is believed that Hicks wants as much as £1 billion in damages as he previously claimed the sale to NESV was “an epic swindle”. However Liverpool have expressed their satisfaction with the court’s decision, a Liverpool statement read:

“Last week a further hearing took place as part of the ongoing litigation following the successful sale of the club in Oct 2010 to NESV,”

“We are delighted that Mr Justice Floyd has granted the applications requested by Sir Martin Broughton, RBS and NESV and that the anti-suit injunction prohibiting the former owners from commencing legal actions against these parties outside the EU has been upheld and clarified.

“Sir Martin, RBS and NESV continue to maintain that there is no basis to challenge the propriety or validity of any actions by them or any of those involved on their behalf in the sale of the club.

“They will continue to take all steps necessary to defend vigorously any litigation threatened or commenced by the club’s former owners.”