Josh Kroenke, does he actually care?

We look at the ownership issues around Arsenal and ask if Josh Kroenke really cares as much as he proclaims. 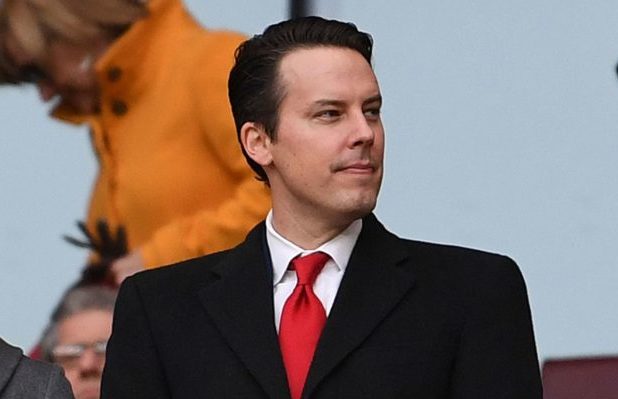 It is just over a year since it was announced that Alisher Usmanov would sell his 30% share of Arsenal football club as he accepted an offer of £550m from Stan Kroenke’s company KSE, giving him total ownership of the club.

At the time, this move was met with disdain and frustration from the fans as they felt their connection with the club slipping through their fingers.

Club legend, Ian Wright described the day as ‘incredibly sad’ as Kroenke forced long time fan shareholders to sell their shares. However, one year on, it has become apparent that his son Josh is the face of the Arsenal boardroom, and with his second interview in as many months, he appears to be working hard to rebuild bridges that were in desperate need of repair.

Disillusion from fans is constant in football, yet, with Arsenal it feels as if there has been an eruption of anger brewing for nearly a decade. Having not won the Premier League since 2004, fans quickly became tired of treating a top four position as success.

This anger increased after Arsenal failed to finish in the top 4, leading then Chief Executive Ivan Gazidis to describe the failure as ‘‘a catalyst for change.’’ While there were new signings, the same old problems on the pitch persisted which eventually led to Arsene Wenger ending his twenty two year association with the club.

After spearheading the team that appointed Unai Emery, it was assumed that Ivan Gazidis was leading the change and would be the driving force as Arsenal entered a new age. However, a tempting offer from AC Milan was enough for Gazidis to abandon ship and the club seemed more fragile than ever.

Silent Stan, as the fans had dubbed him, was remaining quiet. Other than the occasional half felt admission that he wanted the club to challenge for the league – words which felt like propaganda hearsay rather than truth – there was little sign that the owner was interested in getting Arsenal to a position where they could challenge for major titles.

After another season without Champions League on the horizon and the feeling that the club had been left with a non-existent owner, a group of passionate Arsenal fans started the ‘we care do you?’ campaign.

A real catalyst for change

This summer, as signings seemed fanciful and disengagement from fans grew deeper and deeper, Arsenal fan groups and websites joined together in an attempt to ignite some action from the Arsenal board culminating in a signed letter directed at the club ownership.

The campaign attracted media attention and a stunt which many felt would be futile quickly began to build momentum.

The impact of fan’s coming together to voice concerns was confirmed when Josh Kroenke replied with an open letter to fans. After his publicised appearance at the Europa League final, this was further proof that Josh was now the face of the boardroom.

In the letter, Kroenke reaffirmed that ‘‘we [KSE] are in sports for one reason and one reason only…to win.’’ as well as this, the American promised that he and his father were wholeheartedly involved in ensuring Arsenal achieved greatness and that the new off the pitch signings of Edu and Raul Sanllehi should be trusted to prove their worth.

To further reiterate his desire not be labelled silent, Josh conducted an interview with the official Arsenal media team where he stated the clubs aims to be the best. At the time, most fans didn’t believe in the propaganda, yet, it was his coy reply of ‘be excited’ when asked about the transfer window which pricked Arsenal fans ears.

With one wry smile and comment, Josh Kroenke had made a promise. Keep it and it would show signs his words hold weight. Break it and the relationship may have become unrepairable.

Suddenly, spirits were high and Josh Kroenke had achieved something Ivan Gazidis could never. He gained Arsenal fans respect.

Josh taking Arsenal in to a new age

In his most recent interview with David Ornstein, Josh Kroenke was keen to make it clear that Arsenal had made a conscious effort to ‘’be aggressive and find out what’s possible.’’

“These guys went out into the market place and – through their contacts and our fantastic new team behind the scenes – were able to find some talented players who are really excited about playing for Arsenal Football Club. I think we had a very strong summer and [proved that] when Arsenal Football Club knocks on a player’s door it’s a different knock.’’

Understandably, Kroenke is proud of what his directors have achieved and after two games of the season Arsenal remain only one of two sides who have collected six points. The other of those teams is Liverpool who Arsenal face at Anfield on Saturday.

The cynic amongst us might comment that Kroenke chose now to conduct an interview as he hopes to capitalise on the feel good factor around the club before facing the Champions league winners and then arch rivals, Tottenham.

In truth, it has worked, but feel good factors fade quickly and it will be after sterner tests such as these where fans will be able to feel more confident about what the club may achieve this season.

Kroenke stated confidently that ‘our ambitions are the same as the fans. We want to win as much and as often as possible.’ While all fans are aware and as Kroenke pointed out in his first interview ‘’this process will not happen overnight’’. Nevertheless, there has been a surge in hope amongst fans meaning that for the first time in a long time, Arsenal fans may have found some peace with their American owners.

The best way to retain this peace is of course to win matches, and as Kroenke reinforced that KSE are ‘absolutely absolutely’ here to stay, he understands that a galvanised fan base is key, describing the prospect as ‘‘’probably the most powerful thing I ever would have witnessed.’’

Comments like these seem to put the impetus on fans when it is known that fans will remain passionate, no matter what. What is paramount now is that Josh Kroenke remains open, remains approachable and remains interested.

After all, that’s all that fans want. They want to win things or at the very least, they want to know their owners care. And for the time being, it appears Josh Kroenke actually does.