This is our match preview ahead of Manchester United’s Premier League clash with Southampton at St Mary’s including team news and line-ups.

Manchester United will be looking to get back to winning ways when they take on Southampton at St Mary’s on Saturday lunchtime.

United enjoyed the perfect start to the new Premier League season after thrashing Chelsea 4-0 but they were then held by Wolves the following weekend before a shock 2-1 loss at home to Crystal Palace last Saturday.

It means the Manchester giants are five points off leaders Liverpool after just three games so Ole Gunnar Solskjaer will be desperate to get back on track with victory on the south coast this weekend.

Man Utd will face a Southampton side who come into the game off the back of consecutive victories with Ralph Hasenhüttl’s side following up their 2-0 win at Brighton with a 1-0 victory over Fulham in the League Cup so they should be full of confidence heading into this one.

United have been dealt a double injury blow with Luke Shaw and Anthony Martial ruled out of the game this weekend. Shaw picked up a hamstring injury against Palace so Ashley Young is expected to come-in at left-back.

Martial also sustained a muscle problem last weekend so Marcus Rashford could start up front tomorrow. Mason Greenwood is pushing for a start but Jesse Lingard and Juan Mata could join Daniel James in the United attack.

Diogo Dalot remains on the sidelines while Eric Bailly and Timothy Fosu-Mensah are still working their way back from serious knee injuries.

Southampton have no fresh injury concerns but Nathan Redmond could miss out with an ankle injury while Michael Obafemi also picked up a hamstring complain against Fulham. 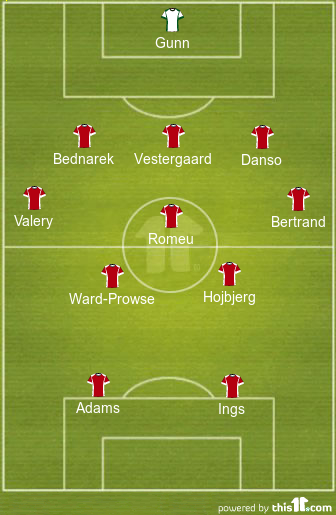 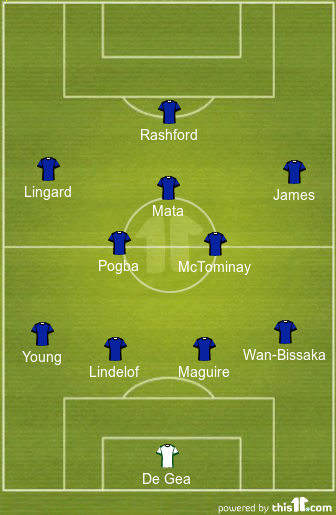 Southampton 1-2 Man Utd: The Saints have won none of their last eight home league games against United and the visitors have won more away games at St Mary’s [10] than any other ground. Southampton will be confident of causing United problems as the Manchester giants have kept just one clean sheet in their last 14 league games. However, I still think Man Utd will prove too strong and am backing Solskjaer’s side to edge a narrow 2-1 win.