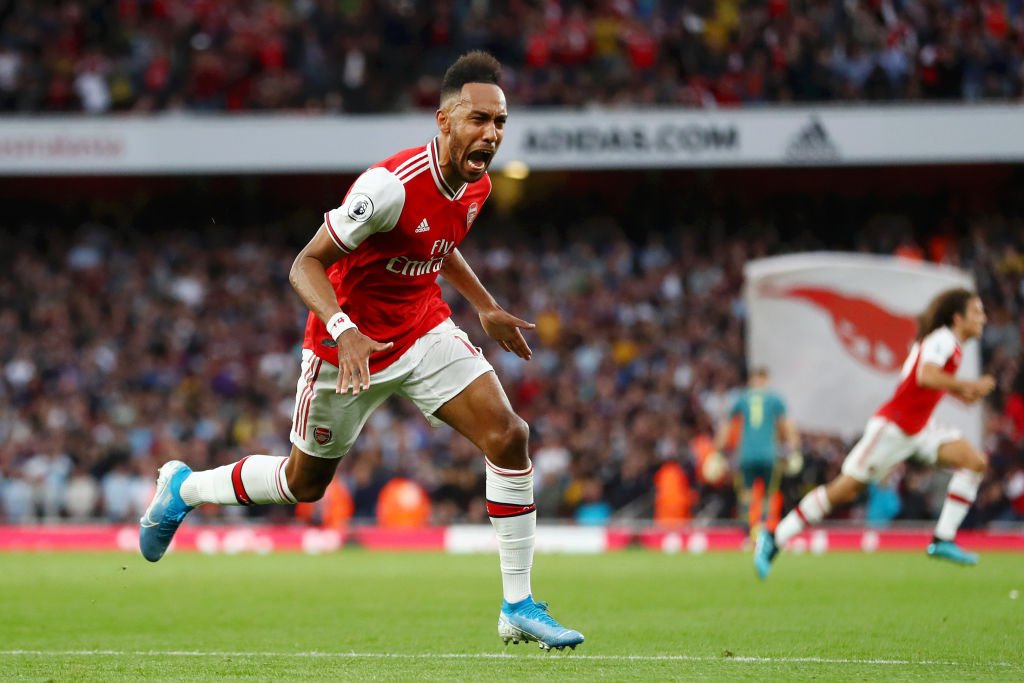 Ian Wright hailed Pierre-Emerick Aubameyang as ‘elite’ after the Gabon hitman scored a superb free-kick to secure a dramatic 3-2 win for 10-man Arsenal against Aston Villa on Sunday afternoon.

The visitors took a shock lead at the Emirates Stadium through John McGinn and it looked like Arsenal were facing a fourth Premier League game without a win after we were reduced to 10-men shortly before half-time when Ainsley Maitland-Niles was given his marching orders for a second bookable offence.

Despite being a man down, Arsenal rallied after the break and drew level from the penalty spot when big money summer signing Nicolas Pepe opened his account after Matteo Guendouzi was fouled in the area.

Villa went straight back up the other end to restore their lead through Wesley following some woeful defending from Arsenal but Calum Chambers poked home at the far post to make it 2-2 with ten minutes remaining.

Up stepped Aubameyang to become the Arsenal hero once again as the former Borussia Dortmund hitman fired home a superb free-kick in the 84th minute to complete a stunning turn around and secure a vital 3-2 victory over the Villains.

In truth, Aubameyang didn’t have his best game but he proved yet again how valuable it is to have a world class finisher in the team by scoring the winner and taking his personal tally to 7 goals in 7 games in all competitions this season.

The 30-year-old has carried Arsenal so far this campaign and god knows where we’d be without him so it was no surprise to see Auba getting plenty of love on social media after the game yesterday.

Ian Wright was among those praising the striker as the Arsenal legend took to Twitter to send a one word message to Aubameyang hailing him as ‘elite’ along with a crown emoji.

It perfectly summarised what many Arsenal fans were thinking yesterday and there is no doubt Aubameyang is one of the best strikers in the world right now so we’re lucky to have him.