Doing a Leeds: Will the club right the wrongs of the past this season?

In 2003–04 Leeds United were relegated. For over 15 years, the club’s fans have prayed for a return to the top — could they make it a reality this season? 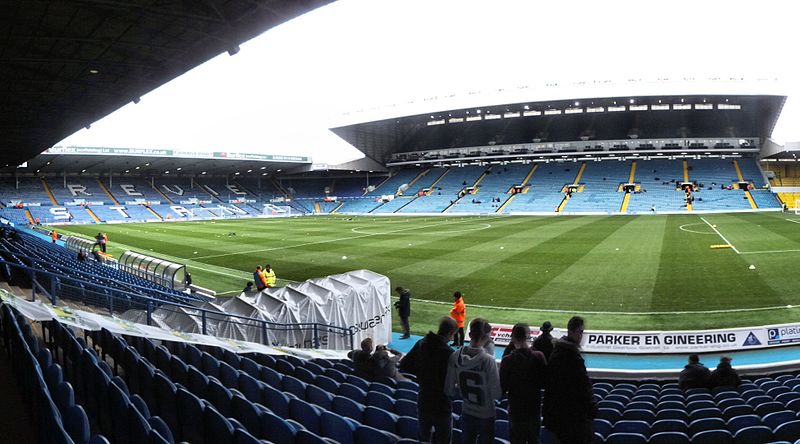 In the 2003–04 Premier League season, the unthinkable happened: Leeds United were relegated. For over 15 years, the club’s fans have prayed for a return to the top — could they make it a reality this season? Peter Watton, from matched betting experts OddsMonkey, takes a look at their chances.

If you’re a Leeds United fan, you’ll be well aware that the club never does things the easy way. This time last year, things looked like they were going exactly to plan for the Whites and their newly appointed manager Marco Bielsa. But, a bad run of form in early 2019 coupled with a loss in the play-off semi-final ensured that the 2019–20 season would be spent in the Championship.

However, after holding onto their much-loved manager in the summer, hopes were high that Leeds may be able to go one step further and return to the Premier League in 2020. Well, with a quarter of the season gone, the club is sitting pretty in the top two and in great form. But can they keep it up and clinch that promotion every fan is dreaming of?

Where did it all go wrong?

Before we talk about the present, let’s take a quick history lesson. Back in the very early noughties, the Whites were one of the best teams and biggest spenders in the Premier League, even reaching the semi-final of the Champion’s League in 2001. But, a £100 million debt had been built up trying to reach the top, and two seasons without qualifying for that European cash was enough to cause a financial meltdown that would be felt for the best part of a decade.

When Rio Ferdinand was sold to Man Utd for £30 million in 2002, it was the first departure in a long and depressing fire sale as the club tried to stay afloat. The exit of so many of their best players left Leeds with a less talented squad, and, though they beat the drop in 2003, it was a delay to the inevitable, and the club were relegated in 2004. But despite tightening their belts, the financial rot continued. After three years in the Championship, Leeds fell through the trapdoor into League One.

The club remained in League One for four seasons as they coped with the harsh financial realities of third-tier football. They were finally able to win promotion back to the Championship in 2010 but hopes of back-to-back promotions were put to bed with a seventh-place finish, just missing the play-offs. Following this, United went through eight years of mid-table finishes before they were finally able to mount an automatic promotion push in 2018-19, ending in defeat in the play-off semis.

What are the odds of Leeds United being promoted this year?

This season, many experts are tipping Leeds United to go all the way and clinch that vital automatic promotion spot and return to the Premier League.

Despite losing key players like Pontus Jansson and Kemar Roofe in the summer, the pundits believe that, under Bielsa, the team have enough about them to finish in the top two with odds of 2/5. Their main rivals Fulham (evens), West Brom (6/4), and Swansea (7/2) are backed at longer odds. The bookies also think that a top-six finish is almost certain, with a very short 1/12 saying they will at least be in the play-offs.

Personally, I believe that Leeds’ true test will come in the back half of the season, where their form really suffered last time around. They’ve still got a small playing squad, so Marco Bielsa will need to ensure that they continue to perform without fatigue setting in. If they can keep their current fine form going, I don’t see why they won’t finish at the top of the pile come May.

Will Leeds United have the Championship’s top scorer?

Since 27-goal Chris Wood left in 2017, Leeds United have not had a striker able to surpass the 20 goals in the league — now departed Kemar Roofe came closest with 15 last season. The strength of the current squad is their ability to spread the goals across the team, with players pitching in from many positions, especially midfielders like Pablo Hernández, Mateusz Klich, and Kalvin Phillips.

Currently, Leeds have three out and out strikers at their disposal, with Patrick Bamford being the most hotly tipped of the bunch to finish as the Championship top scorer at 12/1. However, while Bamford has scored his fair share in this league before — his best return is 17 for Middlesbrough in 2014–15 — it still remains to be seen whether he is able to bag more than the 20 usually needed to be top scorer.

The other forwards in the squad are Arsenal loanee Eddie Nketiah (33/1) and Tyler Roberts (250/1). Nketiah has a prodigious record at U23 level for Arsenal and the potential to score a lot of goals but is still very inexperienced. It’s a similar situation with Tyler Roberts, though he does not have the scoring reputation of Nketiah, often seen as more of a winger or attacking midfielder. Those looking for an outside bet could put their money on midfielder Pablo Hernández (66/1), who managed to net 12 league goals last season.

If you’re looking to bet on the Championship this season, you’d be hard pressed to find a more likely challenger for automatic promotion than Leeds United. They’ve got a strong squad and a legendary manager in charge, which makes them an excellent prospect.