This is our match preview ahead of Man Utd’s Europa League clash with Partizan Belgrade including team news, line-ups and prediction

Manchester United can secure qualification to the knockout stages of the Europa League with a win over Partizan Belgrade to Old Trafford this evening.

After a mini revival, United’s poor form returned after they slumped to a disappointing 1-0 defeat to Bournemouth last weekend which has left them sitting 10th in the Premier League table – 10 points off the top four.

However, the focus will be on European matters this evening as Man Utd look to guarantee qualification to the next phase of the competition with a win over Partizan Belgrade on home soil.

United have been dealt a blow with the news that Victor Lindelof will miss the game after picking up a back injury while Paul Pogba remains on the sidelines with an on-going ankle problem.

Luke Shaw is back in light training but he’s not ready to return just yet while youngsters Brandon Williams, James Gardner and Mason Greenwood are likely to feature this evening.

Sergio Romero should get another chance in goal with David De Gea rested while the likes of Phil Jones, Juan Mata and Jesse Lingard are pushing for recalls.

As for Partizan Belgrade, they have virtually a fully-fit squad to choose from with Lazar Markovic their only significant absentee. 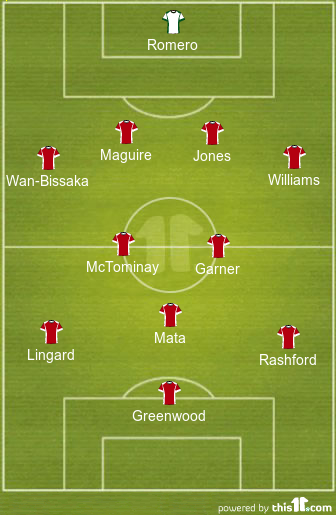 Man Utd 2-0 Partizan Belgrade: United edged the reverse game 1-0 thanks to an Anthony Martial penalty but it was a poor match so Solskjaer will be demanding better from his players tonight. The defeat at Bournemouth will be a concern to the Man Utd boss as it looked like they had turned a corner before that woeful display at the Vitality Stadium last weekend.

I certainly don’t think we’ll see a vintage performance from United this evening as they just aren’t clicking right now but I do think they should still have too much quality for Partizan in the end. I’m going for a 2-0 Man Utd win.