This is our match preview ahead of Liverpool’s Premier League clash with Brighton at Anfield including team news, line-ups and prediction

Liverpool get back to Premier League action when they take on Brighton & Hove Albion at Anfield this afternoon.

The Reds still have work to do to secure their place in the knockout stages of the Champions League with Wednesday night’s 1-1 draw against Napoli leaving them needing a positive result against Salzburg in their final group stage game.

However, things in the Premier League couldn’t be going much better as Liverpool sit eight points clear at the top of the table having collected 37 points from their 13 games so far – only dropping two points during a 1-1 draw with Manchester United.

Jurgen Klopp’s side edged past Crystal Palace 2-1 at Selhurst Park last weekend and another victory today would at least maintain their advantage at the top heading into the hectic festive period.

Brighton arrive on Merseyside sitting 12th in the division following a solid start to the season but they’ll be looking to get back on track having suffered back-to-back defeats to Man Utd and Leicester City.

Liverpool have received a huge blow with the news that midfielder Fabinho is facing up to eight weeks on the sidelines after suffering ankle ligament damage during the draw with Napoli in midweek.

Joel Matip is also still on the sidelines with an on-going knee problem so Dejan Lovren should continue alongside Virgil van Dijk in the middle of defence. Trent Alexander-Arnold is due a recall after being named on the bench last time out.

Naby Keita is fully fit after recovering from illness so he could come in to the midfield this afternoon while Gini Wijnaldum could be deployed in a deeper role with Fabinho out.

Brighton have been boosted by the return of Lewis Dunk as he’s available after serving a one-game ban while Aaron Connolly is also back in contention after overcoming a groin injury.

However, the visitors will continue to be without Solly March and Bernardo is still lacking match fitness having only just made his return from injury with a run out with the U23s. 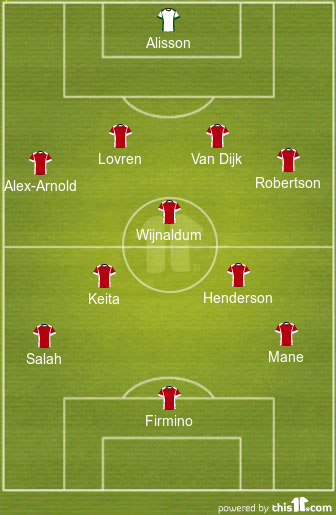 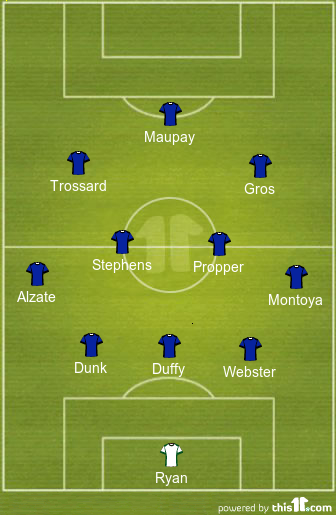 Liverpool 2-0 Brighton: Liverpool have won the last seven meetings with Brighton and are unbeaten in 46 league games at Anfield – winning the last 13 in a row – so this looks to have ‘home banker’ written all over it. The Napoli game may have taken something out of the Liverpool players as it was a tough match but they should still have way too much quality for Brighton to handle. I’m going for a routine 2-0 home win.