This is our match preview ahead of Man Utd’s clash with Aston Villa at Old Trafford including team news, line-ups and prediction

Manchester get back to Premier League action when they take on Aston Villa at Old Trafford on Sunday afternoon.

An inexperienced United side lost 2-1 to Astana in the Europa League on Thursday night but they had already qualified for the knockout stages of the competition so Ole Gunnar Solskjaer was right to save his key players from enduring the long-haul trip to Kazakhstan.

The Reds Devils should therefore be fresh for tomorrow’s clash with Aston Villa and Solskjaer desperately needs a win as United currently sit 11th in the table after being held to a 3-3 draw by Sheffield United last weekend.

However, victory over Villa on Sunday afternoon would see Manchester United move level on points with fifth placed Tottenham and to within six points of the top four so it’s vital they don’t slip-up at Old Trafford.

The visitors head into the game also in desperate need of a positive result as the Villains sit 16th in the Premier League and are just three points outside the relegation zone so they won’t be going to Manchester to roll over.

United will make a late decision over Scott McTominay as the midfielder looks to make his return from an ankle injury. Solskjaer won’t rush him back so this game may come too soon for the Scottish international while Nemanja Matic is still out with a muscle problem.

Paul Pogba remains on the sidelines as he’s still working his way back from an ankle injury while Eric Bailly and Diogo Dalot are still unavailable due to a lack of match fitness after only recently returning to training.

The likes of David De Gea, Victor Lindelof, Aaron Wan-Bissaka, Harry Maguire, Anthony Martial and Marcus Rashford will be recalled after being rested for the Astana game with a whole host of youngsters making way.

Villa welcome Bjorn Engels back into the squad after he recovered from a hip injury but Jota is still unavailable as he’s lacking match fitness following a hernia problem.

Keinan Davis is set to return to light training next week but won’t make the trip to Manchester while Jed Steer is also still out with a long-term Achilles injury. 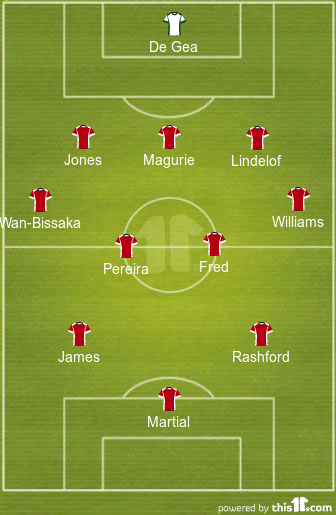 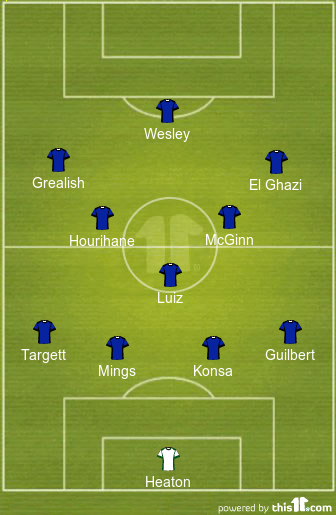 Man Utd 2-1 Aston Villa: United were very poor for long periods of the draw at Sheffield United so Solskjaer will be hoping for an improved performance tomorrow. The good news is Man Utd have an excellent record against Villa as they’ve lost just one of their last 24 home league games against them and have won each of the last six meetings at Old Trafford.

The Villains have been competitive in the majority of their games this season and beat Newcastle 2-0 last time out so I do think they’ll give United a tough match tomorrow. However, I’m backing Solskjaer’s side to edge it at Old Trafford.