This is our match preview ahead of Liverpool’s clash with Bournemouth at the Vitality Stadium including team news, line-ups and prediction

Liverpool will be looking to continue their superb form with another win when they take on Bournemouth at the Vitality Stadium on Saturday afternoon.

The Reds maintained their eight point lead over Leicester City at the top of the Premier League table with a resounding 5-2 victory over Everton in the Merseyside derby at Anfield on Wednesday night.

The latest victory means Liverpool extended their unbeaten start to the season to 15 games and have dropped just two points so far this campaign – a 1-1 draw with Manchester United at Old Trafford.

With Manchester City taking on Manchester United and Leicester away to Aston Villa this weekend, Jurgen Klopp will be hoping his Liverpool side could even extend their advantage at the top with a win on the south coast tomorrow.

However, Bournemouth are also in desperate need of points as their positive start to the campaign has derailed in recent weeks with Tuesday’s 1-0 loss at Crystal Palace their fourth consecutive league defeat so Eddie Howe will be looking to address the slump this weekend.

Liverpool will continue to be without the services of Joel Matip as he’s still recovering from a knee injury while Fabinho has been ruled out for several weeks with an ankle ligament problem.

Alisson Becker returns after serving a one-match suspension in midweek while Mohamed Salah, Roberto Firmino, Jordan Henderson and Alex Oxlade-Chamberlain are all pushing for recalls after being rested against Everton.

Bournemouth will be without on-loan attacker Harry Wilson as he’s not eligible to face his parent club while Steve Cook is out with a broken wrist. 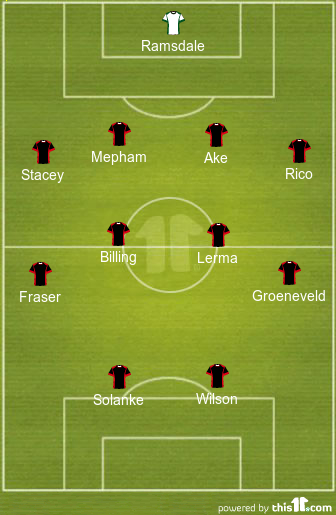 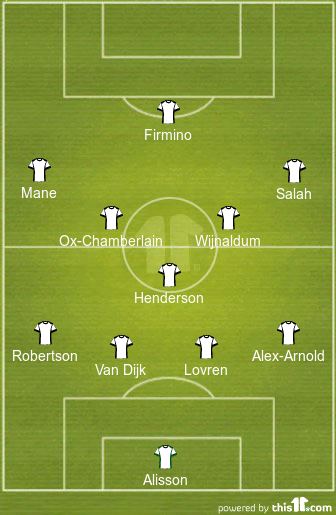 Bournemouth 1-3 Liverpool: This has become a good fixture for Liverpool as they’ve won their last four league games against Bournemouth by an aggregate score of 14-0. The Cherries are on a four-game losing streak while Liverpool are in formidable form at the top of the table so it’s hard to see past an away win here.

Howe is under pressure to get Bournemouth’s season back on track and I do think they’ll give a good account of themselves on home soil but Liverpool should still have way too much for them. I’m backing the Reds to come away with another three points to cement their place at the top of the table.