This is our match preview ahead of Tottenham’s clash with Burnley at White Hart Lane including team news, line-ups and prediction

Tottenham will be looking to get back to winning ways when they take on Burnley at White Hart Lane this afternoon.

Jose Mourinho enjoyed a positive start to life in north London after replacing Mauricio Pochettino last month as he racked up three consecutive victories against West Ham, Olympiacos and Bournemouth.

However, that run ended with a 2-1 defeat to former club Manchester United on Wednesday night so the Tottenham boss will be desperate to get straight back to winning ways against Burnley this afternoon.

Spurs head into the weekend action sitting eighth in the Premier League table and nine points adrift of fourth-placed Chelsea so they need a win today to try and close the gap on the top four.

They’ll be up against a Burnley side who are looking to bounce back from their 4-1 defeat to Manchester City in midweek and a win for the visitors would see them climb above Tottenham in the table.

Tottenham have no fresh injury concerns to worry about following the defeat at Old Trafford but Mourinho will continue to be without Ben Davies as the left-back remains out with an ankle ligament injury.

Erik Lamela is also still working his way back from a thigh problem while Hugo Lloris isn’t expected to return until 2020 as he continues to recover from a dislocated elbow.

Mourinho may look to freshen things up with Danny Rose, Tanguy Ndombele and Eric Dier pushing for recalls while Christian Eriksen could be handed his first start under the Portuguese coach.

Burnley are set to welcome Ashley Barnes back into the side after he was rested in midweek due to a niggling groin injury but Kevin Long, Ashley Westwood, Charlie Taylor and Johann Berg Gudmundsson are ruled out. 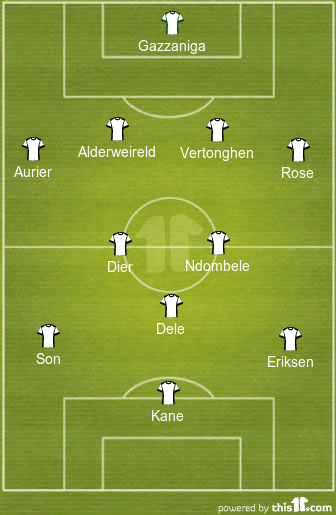 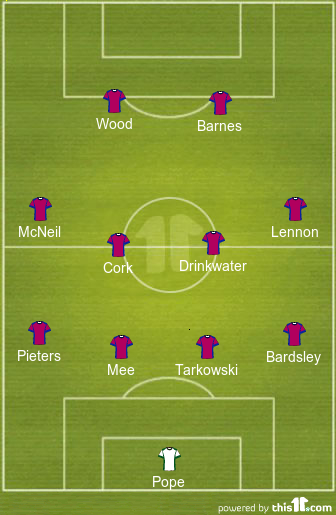 Tottenham 3-1 Burnley: Spurs have a great record against today’s opposition as they’ve won seven of their last eight home games against Burnley in all competitions. Mourinho prides his teams on having a formidable home record so he’ll be looking to make White Hart Lane a fortress and I don’t see Tottenham slipping up this weekend. Burnley are a tough side on their day but I fancy Spurs to ease to a 3-1 win.