A study has found that the British public much prefer ‘classy’ rugby fans to their more ‘aggressive’ counterparts in the world of football. 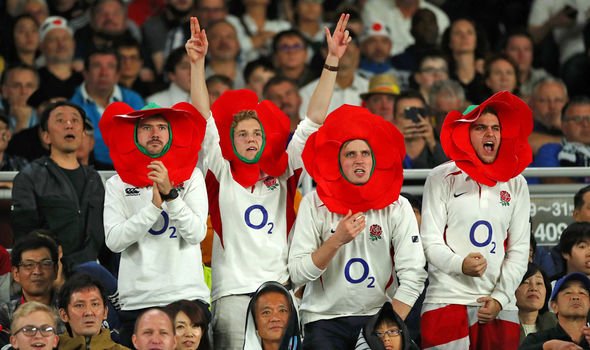 A study has found that the British public much prefer ‘classy’ rugby fans to their more ‘aggressive’ counterparts in football.

There is no doubt football and rugby are two of the most popular sports in the UK with millions playing, watching games and following their favourite teams every week. However, there is a stark difference when it comes to each set of fans.

Retro football and rugby shirt seller TOFFS have conducted a study to find out how the public really perceives both sets of supporters and to see which of them has the better reputation.  Unfortunately for football fans, there was a clear winner as rugby fans are regarded far more positively within the British public.

The survey results showed that over 90% of respondents described football fans as ‘aggressive’, ‘loud’, ‘disrespectful’, “uneducated” and “out of control” with less than 20% seeing them as ‘classy’ or ‘well behaved’. This is in stark contrast to rugby fans with more than 85% of those surveyed describing them as ‘well behaved’, ‘welcoming’ and ‘classy’ with less than 15% seeing them as ‘disrespectful’, ‘uneducated’ or ‘aggressive’.

British football fans have gained a poor reputation over the years so the results of this survey won’t come as a surprise to many. England football fans in particular always seem to be involved in trouble during major tournaments like a World Cup or European Championship finals. By contrast, the recent Rugby World Cup was trouble free with English fans enjoying the occasion despite eventually losing in the final. This was clearly not lost on the public as 85% of those surveyed thought football fans were bigger troublemakers than rugby supporters.

Perhaps because of this, 40% of respondents said they would rather sit next to a rugby fan than a football fan on a long train journey, with only 16% saying the opposite. It wasn’t all bad though, as 51% said football fans have better songs and 44% feel football supporters are more passionate and committed.  Also, 57% of those questioned would rather see their nation win the football World Cup compared to 28% for rugby.

Obviously it’s not fair to treat each individual football club as a collective fan-base, so the survey asked about specific clubs and the results showed that 11% of voters felt Liverpool FC have the best supporters followed by Arsenal and Manchester United at 6% each. Unsurprisingly given their reputation for violence over the years, 25% said Millwall have the worst fans.

Abbey Green, spokesperson for TOFFS, said: “Football and rugby are the two most popular sports in the UK, but their fan cultures are very distinct from each other – and this survey shows that public perceptions of the two couldn’t be more different!

“Football and rugby fans often feel a bit of rivalry towards each other, and it appears that rugby fans are winning the PR battle at the moment. Football has done a lot to clean up its reputation in recent years, but our findings suggest the sport has some way to go before it can compete with the classy, respectful image rugby has cultivated.

“The excitement around England and Wales’ success in the Rugby World Cup helped to showcase rugby fan culture at its best, and helped the sport to capture the public’s imagination once again. However, with the final of Euro 2020 set to be held at Wembley, it won’t be long before football gets its chance to shine once again!”

The survey was conducted in 2019 with 562 British people questioned and the full results can be viewed here.