10 Most Expensive Transfers in the History of the Premier League

Here is a list of the most expensive transfer sales in the Premier League including Harry Maguire, Nicolas Pepe and Riyad Mahrez.

Football clubs sign players during the transfer window every season. Some of these have held the record as the topmost expensive transfer sales in the history of the Premier League. Money does not seem to be a problem for these clubs.

Football betting and gambling has also grown massively as the popularity of Premier League grows. Casinomatcher predicts that the sports gambling market value will continue rising significantly over the next decade. People bet on a game depending on who is playing. Thus clubs will go to extreme levels to sign players for their clubs.

Here is a list of the most expensive transfer sales in the Premier League.

Pogba returned to Manchester United after four years in Juventus with a record sale of a whopping £89.3m, which broke the English transfer record.

The midfielder won the Coppa Italia twice and four Serie A titles growing his popularity. Jose Mourinho could not resist paying the considerable sum to bring the Frenchman back to Old Trafford.

He, however, faced inflated expectations because of his price tag and critics who scrutinize his days in Juventus.

In the season starting August 2019, Manchester United signed Harry Maguire from Leicester City for £80m. This surpassed the £75m fee paid to Southampton by Liverpool for Vigil van Dijk, breaking the world record transfer fee for a defender.

According to The Guardian, seven most expensive defenders play in the Premier League, and six of them play for Manchester City or Manchester United.

Manchester United signed Romelu Lukaku in 2017 for £75m from Everton. The Belgian was particularly known for his running skills and a dominant left foot. Coupled with his speed, his physique and frame is an advantage when it comes to scoring.

Jose Mourinho termed the striker as a natural fit for Manchester United and a great addition to the group.

In January 2018, Liverpool paid £75 to Southampton for Vigil van Dijk. The Guardian named the Holland international as the most expensive defender before the figures were eclipsed by Manchester United signing Harry Maguire.

The money may have raised concerns, but it seems as well spent. Van Dijk was named the Premier League player of the 2018-19 season. His influence was felt in that season as Liverpool came second with only a pointless from the titleholder Manchester City. However, they won the Champions League.

The 24-year-old joined Arsenal on a 5-year contract in August 2019. This transfer broke the club’s record deal of £56 paid for Pierre-Emerick from Borussia Dortmund. The Ivory Coast international is the most expensive African player.

The head coach, Unai Emery, said in the club’s website that “Nicolas is a highly rated and talented winger who was wanted by many top teams in Europe. Signing a top-class winger has been one of our key objectives in this transfer window, and I’m delighted he’s joining. He will add pace, power, and creativity with the aim of bringing more goals to our team.”

The Blues announced the signing of Kepa from Athletic Bilbao in August 2018. The Spanish goalkeeper signed a 7-year contract at Stamford Bridge for £71.6m. This made him the world’s most expensive goalkeeper, eclipsing the £65m paid to Roma by Liverpool for Alisson.

Kepa replaced Courtois, who moved to Kovacic in La Liga.

The Brazilian goalkeeper was signed by Liverpool at £65m from Roma. He also plays for the Brazilian national team.

As reported by Casinomatcher, Anfield signed the number 1 player in the summer of 2018. He lived beyond his expectation that season as the Reds won over Tottenham to scoop the Champions League and runners-up in the Premier League. Loris Karius blunders cost Liverpool UEFA Champions League in the previous season, and signing Becker was a good move.

Rodri was signed by Manchester City in July 2019. The Spanish midfielder joined on a 5-year deal following Angelino as the second signing of that summer.

Rodri was Atletico’s best player in the 2018-19 season. Pep Guardiola must have seen an ideal replacement for his key player Fernandinho. The 34-year old suffered five injuries in Manchester, which forced him to miss 18 games, according to TransferMarkt. 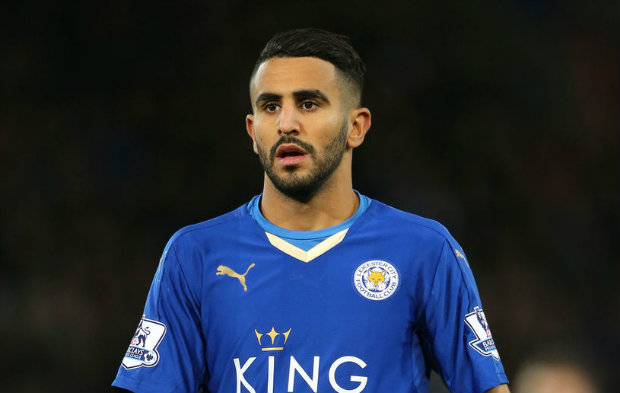 Manchester City signed Algerian international player in July 2018. Pep Guardiola’s bid had previously been rejected by Leicester in January. He played for Leicester for four-and-a-half years, earning them a profit of £59.6m from £400,000 he had been signed for from Le Havre.

He won the FPA Player of the Year title in 2015-16 season when Leicester City won the Premier League and scored 48goals in 179 appearances. Mahrez helped Manchester City to win the 250th Premier league at the Etihad Stadium against Leicester City.

The Argentinian winger was named the Man of the Match in the 2014 Champions league final for his performance for Real Madrid against Atletico. Three months later, Manchester United signed Di Maria in August 2014 for a fee of £59.7, the highest price ever paid at the time by a British club.

He started well at Man United with a chipped goal in a match against Leicester City, where Manchester United won 5-3. He then scooped the Player of the Month award for September 2014.

However, he only lasted a season at Old Trafford due to his differences with Coach Van Gaal, who demanded his instructions to be carried out to the latter by the players.

The colossal amounts paid by football clubs to sign up players have raised eyebrows over the years, but some players end up rejuvenating the teams and winning awards and sometimes even saving their season. The above list represents those moments when football clubs went out of their way to make super moves that will remain in history books for a long time.