This is our match preview ahead of Man Utd’s Premier League clash with Watford at Old Trafford including team news, line-ups and prediction

Manchester United will look to boost their top four hopes when they take on Watford at Old Trafford on Sunday afternoon.

The Red Devils warmed up for the game with a 1-1 draw with Club Brugge in the first leg of their Europa League last-32 tie in Belgium on Thursday night but all focus will be on Premier League matters tomorrow.

United gave their hopes of qualifying for the Champions League next season a major lift with a crucial 2-0 victory over fourth-placed Chelsea at Stamford Bridge last Monday night.

The Blues cemented their position in the top four by beating Tottenham on Saturday afternoon but Man Utd can cut the gap on Chelsea back to just three points if they beat Watford at Old Trafford on Sunday.

However, the Hornets are also in desperate need of a win as they head to Manchester sitting in the bottom three having won just 5 league games this season so they’ll be looking to bring home a positive result to boost their survival hopes.

Manchester United could welcome Scott McTominay back into the squad after he resumed full training following several weeks on the sidelines with a knee injury but a place on the bench is probably the best he can hope for.

Mason Greenwood missed the trip to Brugge on Thursday due to illness so he’ll need to be assessed ahead of tomorrow’s game. If the youngster misses out then Odoin Ighalo is on stand-by to make his full debut.

Paul Pogba remains on the sidelines following ankle surgery while Marcus Rashford is facing a race against time to play again this season as his back injury is worse than first thought.

Ole Gunnar Solskjaer is expected to make some changes with the likes of Aaron Wan-Bissaka, Fred, Bruno Fernandes and Daniel James all recalled after being left out against Brugge.

Watford will continue to be without Daryl Janmaat as he’s nursing a knee injury. Kiko Fermenia and Ismaila Sarr remain doubts with thigh injuries while Tom Cleverley is still lacking match fitness. 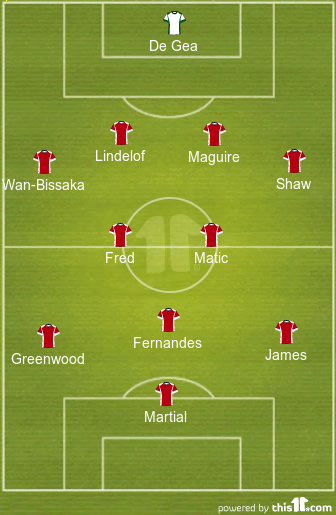 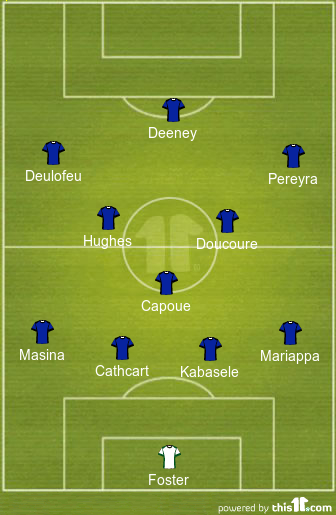 Man Utd 2-0 Watford: United have an excellent recent record in this fixture as they’ve won all six of the previous meetings with Watford at Old Trafford and the Hornets have never won an away league match at Man Utd in 12 attempts so the stats certainly favour the hosts.

Goals have been hard to come by for United in recent weeks but I still think they’ll have enough to get past a Watford side who’ve lost two of their last three league games. I’m backing Ole Gunnar Solskjaer’s side to ease to a 2-0 victory tomorrow to stay right in the mix for the top four with Anthony Martial to be among the scorers.