This is our match preview ahead of Chelsea’s FA Cup clash with Liverpool at Stamford Bridge including team news, line-ups and prediction

Chelsea take on Liverpool at Stamford Bridge tonight with the English giants set to battle for a place in the quarter finals of the FA Cup.

Liverpool head to west London looking to bounce back following their shock 3-0 defeat at Watford which ended their long unbeaten run in the Premier League but Jurgen Klopp is confident his players will respond in a positive way this evening.

Despite the defeat at Vicarage Road, the Merseysiders are still storming their way to their first league title in 30 years and are trying to defend their Champions League trophy so understandably the FA Cup isn’t seen as a top priority by Klopp.

Chelsea also have more pressing concerns as Saturday’s 2-2 draw at Bournemouth has left the Blues facing a tough fight to cling on to fourth place in the table with Manchester United and Wolves now just three points adrift.

However, the Londoners are almost certainly heading out of the Champions League having lost the first leg 3-0 at home to Bayern Munich so Frank Lampard has suggested he’ll now take the FA Cup more seriously.

Chelsea will be without Andreas Christensen as the centre-back has been ruled out of tonight’s game with a knock so Antonio Rudiger is expected to be recalled in the middle of the back three.

Kepa Arrizabalaga is being tipped for a recall in goal after being axed by Lampard in recent weeks while Ross Barkley, Willian and Michy Batshuayi are also pushing for recalls.

However, Tammy Abraham is set to miss out once again as he continues to nurse an ankle injury while N’Golo Kante, Christian Pulisic and Callum Hudson-Odoi also remain on the sidelines for Chelsea.

Liverpool will once again be without skipper Jordan Henderson as he’s still working his way back from a hamstring issue while Naby Keita and Xherdan Shaqiri are also still on the treatment table.

However, James Milner is back in contention after recovering from a muscle issue and Joe Gomez has overcome a minor knock that kept him out of the Watford game on Saturday evening.

Klopp is expected to rest his big guns so the likes of Alisson Becker, Trent Alexander-Arnold, Virgil van Dijk, Fabinho, Mohamed Salah, Sadio Mane and Roberto Firmino could be given a breather.

Youngsters Neco Williams and Curtis Jones should get another chance to impress while Adrian, Joel Matip, Adam Lallana, Takumi Minamino and Divock Origi are also tipped to start. Harvery Elliott is unavailable as he’s away with the U19s. 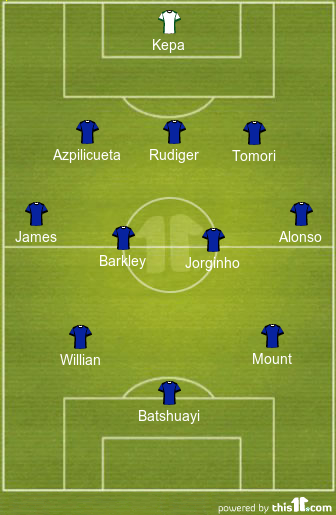 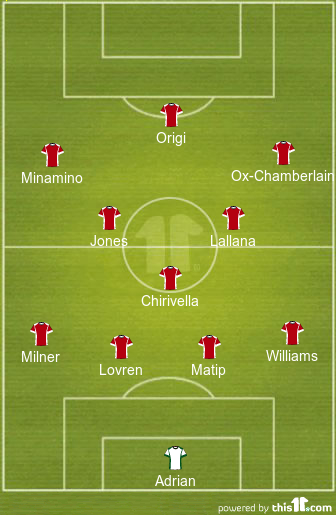 Chelsea 2-1 Liverpool: This will be an intriguing game as Liverpool have lost two of their last three games in all competitions so Klopp will be keen to get that winning feeling back in the squad. However, the Reds boss isn’t expected to field his strongest team and Lampard has indicated he’ll select a strong side so Chelsea have to be considered favourites.

The Londoners have won just one of their last six homes games against Liverpool but this is a great opportunity for them to improve upon that record. I expect a decent game at Stamford Bridge but Chelsea should just edge it to book their place in the quarter finals of the FA Cup.